BING AND THE HOLLYWOOD PALACE 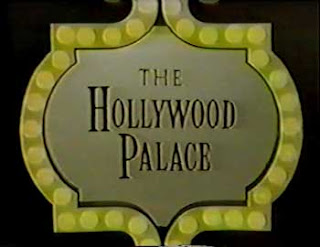 I wish ABC Television would get off their money making rumps to issue The Hollywood Palace varierty show on DVD. The series was one of the best out there, and it is a time capsule of talent from the 1930s to 1960s. The Hollywood Palace very successful, and it ran on Saturday nights from 1964 to 1970. This was one of the first variety shows on TV to feature a different host each week. The Les Brown Orchestra was the house band for most of the show. While most of the entertainers were more of the mainstream type, the Rolling Stones did make their very first American television appearance on the show on Jun 6, 1964. In 1969 the Jackson Five made their very first TV appearance on the show also. Bing Crosby was the most frequent show host, doing the emcee duties 31 times, including the final show on February 7, 1970.

Other hosts included Ginger Rogers, Tony Bennett and Sammy Davis, Jr. The show’s set was pretty remarkable for an “early” variety show. It started with the a thousand twinkling lights spelling out HOLLYWOOD PALACE. The announcer dramatically identified the host and the stage set opened up and went up over the stage to reveal the star. For most of its run on television, with a lead-in of The Lawrence Welk Show at 8:30 p.m., at 9:30, The Hollywood Palace enjoyed consistently respectable ratings, although it never made the list of top 30 programs. By the start of the 1969-1970 season (its seventh year), the ratings had slipped and ABC canceled the series in February 1970. Bing Crosby hosted the final episode, which consisted of clips from previous shows. Please release this series on DVD! 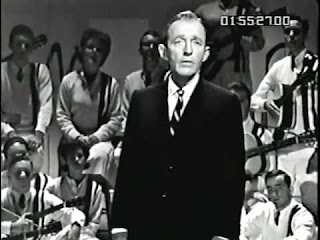 Posted by David Lobosco at 5:06 AM