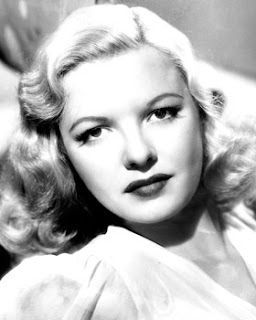 MANHATTAN BEACH, Calif., Feb. 15— Marjorie Reynolds, an actress who began her career as a child in silent films and went on to star in a number of Hollywood classics and on television, died on Feb. 1 at her home here, her family said on Wednesday. She was 79.

The film that crowned Ms. Reynolds's career in Hollywood was ''Holiday Inn'' (1942), in which she was the love interest in a rivalry between Bing Crosby and Fred Astaire and got to dance a minuet with Astaire.

She also appeared opposite Ray Milland in the 1944 screen adaptation of Graham Greene's ''Ministry of Fear,'' directed by Fritz Lang, and showed her comedic gifts in ''Up in Mabel's Room'' (1944), opposite Dennis O'Keefe. 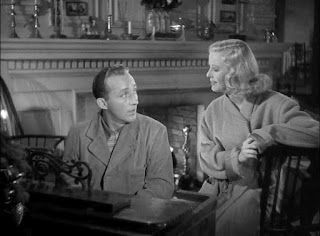 On television, as Peg Riley in ''The Life of Riley,'' Ms. Reynolds became a familiar face to American audiences. She played the wife of Chester A. Riley (William Bendix), an aircraft plant worker and lovable bumbler, from 1953 to 1958.

After the series went off the air, Ms. Reynolds appeared in such television shows as ''The Millionaire'' and ''Leave It to Beaver.'' Her last film appearances included ''Juke Box Rhythm'' (1959) and ''The Silent Witness'' (1962).

Ms. Reynolds was born Marjorie Goodspeed in Buhl, Idaho, and moved to Los Angeles with her family when she was a child.

Ms. Reynolds began acting in her childhood under the stage name Marjorie Moore. She changed her screen name after marrying Jack Reynolds, a production manager and screenwriter. After they divorced, she married Jon M. Haffen, a film editor.

She is survived by a daughter, Linda Hinshaw of Playa del Rey, Calif... 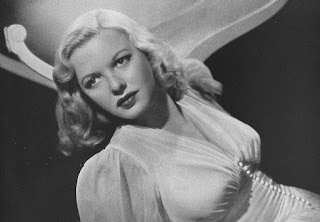 Posted by David Lobosco at 5:26 AM