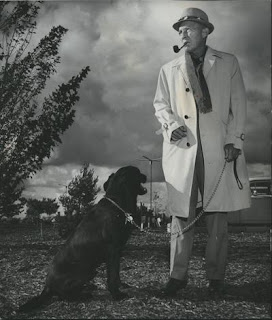 Here's an interesting article that I found online about how Bing deserve a birthday bash each year...


Because I once lived in Memphis, that sometimes makes me wonder.

Should Bing Crosby be a bigger deal in Spokane than he seems to be?

Oh, I realize Bing is and always will be an iconic figure here in the city where he grew up. Rightly so. He is a long, long way from being forgotten, here or elsewhere.

But here’s the thing. Elvis is practically an industry in Memphis. And though my memories of how that Tennessee city regarded the late singer are of the long-ago variety now, I remember that celebrations of his life were almost inescapable there.

Though both singers died in 1977, Elvis was much younger and closer to the height of his fame at that time.

His fan base was/is younger.

Though he spent a lot of time in Los Angeles and Las Vegas, Elvis never stopped living in Memphis. Crosby had a lake place in Idaho, but Southern California was his adult home.

For those in Britain or Nova Scotia planning a pilgrimage, Memphis is easier to get to.

Because Elvis lived in Memphis as an adult, there are more people still alive there with relevant brush-with-fame stories.

I’m not really sure what a heightened level of Crosby appreciation would look like here in Spokane. Beyond the acknowledgements our city already has in place, I mean. Everybody pretending to smoke a pipe on a designated Bing Day? Everybody dressing like Father O’Malley from “Going My Way”?

Maybe it would suffice if more people read the biography of the crooner by Gary Giddins. (The first volume has lots of Spokane stuff.)

Or perhaps we should just be satisfied to let time march on. Spokane has occasionally been accused of living in the past, after all... 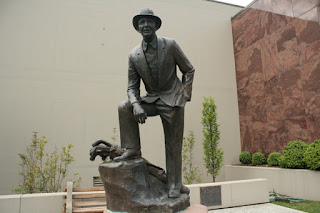