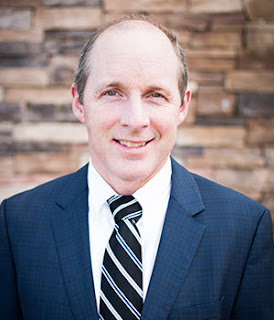 When people of a certain age hear the name Bing Crosby, what comes to mind is the multi-talented singer and actor with the greasy slicked back blond hair and an uncanny ability to land roles in movies between 1930 and 1960, especially the so-called “road pictures” with comedian and lifelong foil Bob Hope.

Bing Crosby had two families which gave him countless grandchildren, including another Bing Crosby who was bestowed with his grandfather’s name but never fell to the perils of addiction. However, he is a Crosby who decided to tackle the issue that caused his family and millions of other families a tremendous amount of pain.

“Alcoholism has run in my family for as long as I can recall,” he says. “Being the grandson of Bing Crosby, I’ve heard stories of how Bing, in his earlier years, drank a lot, which led into his wife Dixie. I heard she became an alcoholic because of him which led to her ovarian cancer.”

The younger Bing Crosby also recalls having friendships that were affected by addiction and talks about how many people he grew up with had substance abuse problems. One friend became addicted to pills for 10 years and spent a lot of his life in and out of jail. Crosby says another friend shot himself.

Yet, it was someone else who has been sober for 30 years that ultimately drove Crosby to South County’s New Method Wellness Center.

“It was my wife,” he says. “It was her dream to always own a rehab center. I kind of just tagged along for the ride, but now that I’ve got into it, it’s one of the best jobs I’ve ever had. The feeling you get helping others; there’s no better feeling than hearing the story of someone who lost everything and is back on track, back with their kids, back with their wives. It’s an unbelievable feeling. Once you feel that, it gets you.”

Ed and Susie Hopsom-Blum opened the clinic in 2006, and Crosby’s wife Deanna became the clinical director there. After her hiring, an opportunity arose for Crosby to become a New Method Wellness Center business partner, and he says he couldn’t turn his back on it considering his family’s and friends’ histories as substance abusers.

The facility began operating in the big Chase building in Mission Viejo, where about eight patients a month were served, but it later relocated to San Juan Capistrano, where 40 to 50 patients a month are being treated. Various communal homes house patients in the rehab so that their environment maintains the same atmosphere and doesn’t waver from the goal that everyone has toward recovery. From the live-in homes, where patients are separated by gender, they are dropped off every morning at the Wellness Center, where they spend days doing activities, building relationships and learn to live sober lives. 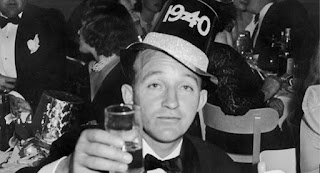 New Method also provides physical therapy such as yoga or, in the great outdoors, surfing, horseback riding, which is referred to equine therapy, and wilderness therapy. These types of activities aim to produce natural endorphins that are vital to recovery because they bring the same joy that getting high brings, except in a natural and safe way.

The center is still expanding as another building adjacent to the one they’re using now was acquired. They plan on moving the clinical part of the center to the new building and keeping the administrative functions in the one being used now.

“We’re just going to keep rolling and see what comes next,” Crosby says. “Our next event we have is an alumni picnic in December. All of our alumni will come, we’ll get a taco truck, we’ll play games and have fun at the beach.” 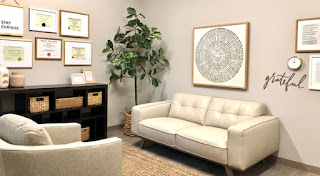 Posted by David Lobosco at 5:18 AM