BING CROSBY AND ME 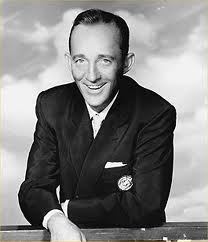 I don’t know when it was that I first heard of Bing Crosby. I know that the name was familiar when I was younger, but only because it was distinctive. Who else in entertainment was named “Bing”? In college, I recall hearing one of his songs, “They All Laughed” but I don’t exactly recall where I heard it. I like it though, and I played it over and over again.

Sometime after graduating when I was living in Studio City, California, I walked into a record store (this was circa 1995: there were still big chain record stores in existence) and was browsing around and I came across a Bing Crosby boxed set. It was called Bing: His Legendary Years 1931-1957. At this point I’d only ever heard a handful of Bing’s songs, most of them seasonal songs. But I remember listening through most of the 100+ songs in the boxed set that first day, in my tiny apartment, and it felt like I was living in a different era. There was something magical about the songs, some kind of pseudo-nostalgia for a period I’d missed. I’ve been a Bing Crosby fan ever since.

I have no idea of gauging what his most popular songs were, but I suspect they were the Christmas songs. My favorites run the gamut, but if I had to pick one absolute favorite, I think it would be “Far Away Places.” There is something magical about that song as well, not only in the way it is performed, but in the lyrics themselves. I liked the song so much that it was mentioned in my first published science fiction story, “When I Kissed the Learned Astronomer” when two people visiting an observatory on the surface of the moon dance to this song under the earth-light.

I have lots of other favorites including some of Bing’s collaborations with other entertainers and musicians, like his duet with Louis Armstrong, “Gone Fishin’.” I think I’ve remarked before how I never sang lullaby’s to the Little Man when he was a baby. I’d always sing Bing Crosby songs and although he is only 2-1/2 years old, he can sing “Gone Fishin’” as well as other songs like what he calls “the train song”: “The Atchison-Topeka and the Santa Fe”. It is adorable to hear him finish the lines. I sing Bing songs to the Little Miss as well and they seem to calm her down. And when I get to the end of a song, it’s almost as if she knows it, she starts turning out her lower lip and I have to start right back in lest the tears begin flowing once more.

It was well, after listening to and learning Bing’s songs (I probably know 160 of them by heart) that I started watching the movies he made. I can remember the first time I saw White Christmas and was mesmerized by it. I watched other movies like Going My Way and The Bells of St. Mary’s. I watched pseudo-movies like Holiday Inn. I’ve seen two of the Road movies (The Road to Morocco and The Road to Bali) and found them both to be hysterically funny. But my favorite Bing Crosby movie is High Society in large part because of Grace Kelly. I don’t watch that movie often, but wow, what a movie! (And yes, I’ve seen The Philadelphia Story, and I’m sorry, but this is one case where the remake is better than the original.) 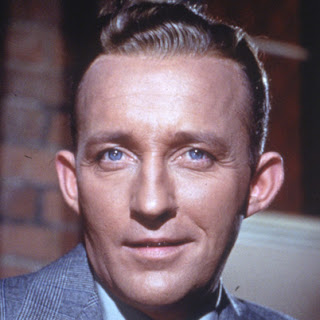 There is a Bing Crosby song for just about every occasion. The last time I was in Hawaii, I sat out on the lanai overlooking the Pacific ocean with a warm breeze blowing through my hair listening to a series of songs like “Trade Winds” and “Harbor Lights” and “Blue Hawaii.” I was in an Irish bar in Old Town Alexandria one time and the entire bar started singing “Clancy Lowered the Boom” and I was able to join in because I knew the verses from a Bing Crosby duet. When my Grandfather was nervous, frightened and depressed the night before his quadruple bypass surgery, I queued up Bing’s “Be Careful, It’s My Heart” and played it for him. The song opens: “Be careful, it’s my heart. It’s not my watch your holding, it’s my heart.” I told him he should sing those bars to the surgeon as an admonition to him before he got started. It made my grandfather laugh and feel better. When I drop off the check for the Little Man’s tuition at his school, I often find myself humming, “I found a million dollar baby, in a five and ten cent store.”

Sometime in 2000, Gary Giddins came out with the first volume of a Bing Crosby biography, Bing Crosby: A Pocketful of Dreams which read twice and enjoyed. I’ve since been awaiting the second volume, wondering if it will ever come.
It seems that it is odd for someone born in the early 1970s to be a fan of Bing Crosby. What’s more, he was politically conservative and I am politically liberal. There were rumors that about him and his kids (Giddins dispels these rumors as just that in his biography, but who knows for sure, right?) Somehow, perhaps because I didn’t grow up at a time when Bing was the superstar entertaining for music and film, none of this affects my enjoyment of his music or movies.

Bing died on October 14, 1977 at the age of 74 and did so in a way that would make most people envious. Isaac Asimov once wrote that he hope he would die at the typewriter, with his nose in the keys, doing what he loved best. That’s not how it worked out for him, but it is how it worked out for Bing Crosby. He was in Spain and had just finished up a round of golf with several of his good friends. He said, “That was a great game of golf, fella,” turned to walk to the clubhouse, and was struck dead by a massive heart attack.

This time of year, I always find myself with the urge to listen to his music, and no just the holiday music, all of it his entire body of work. It takes me back to a time that never really existed for me, one where life was a little simpler and things weren’t so interconnected, and you didn’t have to worry about “disconnecting” for a while... 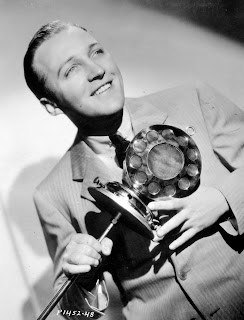