BING CROSBY THEATER GETS A FACELIFT 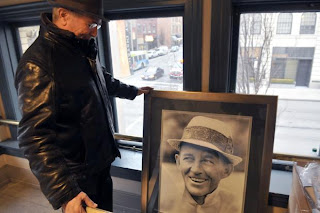 Improvements to the Bing Crosby Theater are creating a buzz. Jerry Dicker purchased the downtown Spokane landmark 10 months ago and went to work.There’s a new high-definition movie projector and screen that will soon be wired into a new surround sound audio system. The leaky roof has been repaired. New heating and air conditioning systems are making the theater more comfortable. And a new outside sign is lighting up the theater’s east side at night.

Events have been filling the theater’s 756 seats, and there is now demand for even more shows in the historic 1915 movie palace at 901 W. Sprague Ave.

“The Bing is going really well,” said Dicker, a real estate investor and developer who has become a major figure in historic preservation in Spokane.

He paid $1 million to classic car collector Mitch Silver last February to buy the Bing, with plans to sink at least $500,000 and probably more into renovation and upgrades.

“He is going to have a product that people will want to visit,” said theater manager Michael Smith, who is expanding the range of events.

Movies shown at the theater are varied: Some claiming to push intellectual thought are coming to the theater on Tuesdays and Wednesdays for early evening entertainment, and Smith is talking about hosting a film festival featuring amateur videos shot by people wearing GoPro helmet cams while skiing or skateboarding.

A Bing cinema festival is planned to open Jan. 19 with a showing of the James Bond thriller “Dr. No” and other classic films. The theater will serve martinis that are shaken, not stirred, during the 1962 Bond film. Other showings will be vintage rock concerts redone with digital sound.The theater also is preparing to provide live streaming video for incoming and outgoing shows. It is also being equipped to create digital recordings for later sale.

“We want people to look at the Bing and say there’s always something happening there,” added Dicker.

The theater is reaching out to the community for partnerships.

One of those is with Christian Youth Theater Spokane, which is staging “The Little Mermaid Jr.,” starting on Feb. 22 for seven performances.

At some point, the theater will be turned over to a foundation and board to run as a nonprofit, Dicker said. But he wants to get improvements funded and in place before that happens.

The project list keeps growing. Space on the third and fourth floors overlooking Sprague Avenue and Lincoln Street could be renovated for use as a lounge, event center or possibly even a Bing Crosby museum.
Dicker has purchased a private collection of Crosby memorabilia for future display. He said he would like to work with Gonzaga University, which also has an extensive collection.

“We reach out to as many partners as we can,” Dicker said.

Helping with renovation and remodeling is Jared Mauer, who specializes in historic buildings. The original Ivar Peterson murals that decorate the interior were repaired and touched up by Melville Holmes, and Jaye Nordling, an expert in sound and lighting, has worked as a consultant on the technical improvements.

Tickets to events include a $2 charge for theater restoration.

Built as one of the country’s most elaborate movie palaces, the former Clemmer Theater drew audiences to the luxurious surroundings of an opera house. It retains that character today. It was placed on the Spokane Register of Historic Places in 1990 and the national register in 1998. Dicker said he believes it is one of the five best historic buildings in Spokane.

During the 1920s, live acts performed between movies, including one in 1925 with Spokane’s own Bing Crosby. The Oscar-winning “The Sound of Music” movie ran at the theater – then called the State – for a city record of 54 weeks in 1964 and 1965, according to the historic register nomination.

The former Metropolitan Mortgage & Securities Co. bought the theater and renovated it for a reopening in 1988 as the Metropolitan Theater of Performing Arts, or The Met. Smith was hired that year and has managed the theater since.

Silver acquired the theater in 2004 and agreed with Bing Crosby fans to rename the theater the Bing in 2006 to commemorate Spokane’s beloved stage, screen and recording star. Dicker’s acquisition in February came through his GVD Commercial Properties Inc.

A block to the south at First Avenue and Lincoln Street is the artsy Hotel Ruby and Sapphire Lounge in a renovated 1950 motor inn, another of Dicker’s projects.

The theater is trying to keep costs affordable by charging rents of $500 to $800 for nonprofit groups. But show organizers have to agree to spend a few hundred dollars on advertising or promotions to ensure a crowd turns out.

“We don’t want people renting the theater and not producing an audience,” Dicker said... 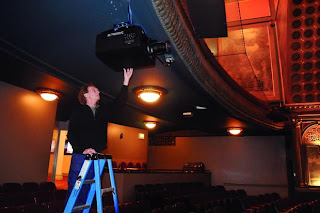