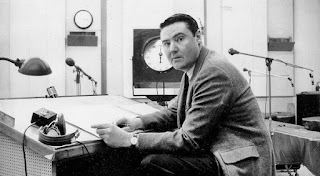 Sometime between ring-a-ding-ding and hunk-a hunk-a burning love, America slipped into something more comfortable and Bob Thompson was there to help.


Thompson was one of the foremost composers and arrangers of what came to be known as "Space Age bachelor pad" music – tunes that allowed hi-fi buffs to turn the lights down low, mix the perfect martini and show off their tweeters and woofers. With cascading strings, upbeat rhythms and – as in his piece "Mmm Nice!" – breathy female singers, Thompson's music set a mood, but was more than mood music.

Thompson, 88, who also wrote and arranged radio and TV commercials, died May 21 in a Los Angeles nursing home, family members said. He had Alzheimer's disease.
In the late 1950s, he signed with RCA Victor to create such albums as "On the Rocks," with a cover featuring a bikini-clad model lolling in a giant cocktail glass. They were designed to appeal to swinging young guys who wanted to test their stereos and, if they were lucky, their testosterone. 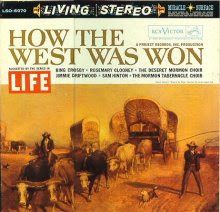 Born Aug. 22, 1924 in San Jose, Robert Lamar Thompson grew up in rural Auburn, Calif., a town his parents thought healthier for a boy with asthma. He started learning piano at 10, teaching himself at a fairground on one he found under a tarp.

Thompson studied music for a year at UC Berkeley but later said he learned more at KGO, a San Francisco radio station where he worked his way up from pageboy to arranger for the house orchestra. He tried composing during a brief stint in Paris but, looking for steadier work, he headed back to California and wound up playing at a piano bar in Los Angeles.

He held a variety of odd musical jobs, accompanying Mae West on tour and writing the 1955 "Criswell Predicts," a swinging tribute to the busty vamp's favorite psychic. 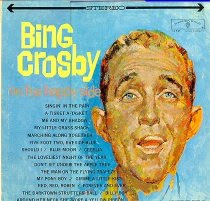 However, perhaps he will be best remembered for what his son, Spenser Thompson, told The Times was "an incredible anomaly" – the few years he spent having hi-fi fun in the Space Age.

"It was really Dad cutting loose," he said. "His teacher used to tell him not to throw everything he had in one song, but that's kind of what Bob did. He had Space Age licks, singers, five kinds of percussion – it was, 'Let's go full throttle!' "

In addition to his son, who lives in San Francisco, Thompson is survived by his wife Paula Thompson of Los Angeles.

In the mid-'90s, the bachelor-pad genre that fizzled out in the 1960s underwent a revival. "The Sound of Speed" was reissued in 2004 and Thompson's pieces started cropping up here and there. One of his songs was featured on a "Sex and the City" episode and his work was discussed on avant-garde websites and Internet radio – outlets unimagined during the Space Age... 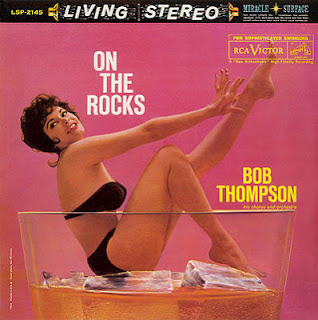