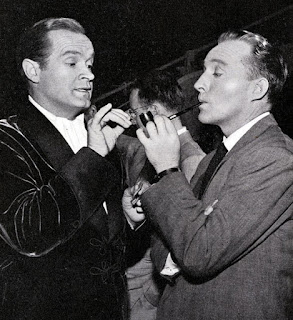 Hollywood has seen many two-man acts, but the one that most illustrates the Platonic ideal of the bromance was Bob Hope and Bing Crosby. Hope, an English-born actor, first worked with singer Crosby in 1940’s "Road to Singapore," an adventure comedy about two playboys trying to get over their girls in the Far East. This started a partnership that extended through six more movies, but most importantly their private lives as well. When Hope or Crosby appeared solo, they would mention the other, often with a well-placed zinger. Sadly, the eighth "Road to" movie never happened with Crosby’s death in 1977.