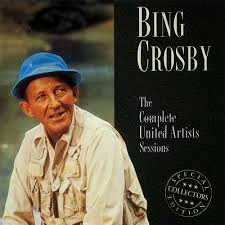 In spanning six decades, composer-arranger-conductor,Pete Moore’s music was and is known to millions the world over, but his name is less familiar to the average person. As a composer, he wrote themes for many TV commercials including such famous brands as Coca Cola and Lux Toilet Soap, numerous songs recorded by such artists as Bing Crosby, Peggy Lee, Frankie Laine and Fred Astaire. But it is his composition “Asteroid” – the famous theme for Pearl and Dean’s cinema advertisements – that remains his most familiar and most successful composition. Apart from being heard every day (for the last 45 years) on cinema screens in the U.K., it is constantly featured around the world in commercials and documentaries. For many people, the very sound of its “pa-papa-pa” fanfare spells “cinema.” It has also been “sampled” by modern-day pop artists and enjoyed chart success on more than one occasion.

But that is only a small portion of a career that saw him providing orchestrations and accompaniments for such artists as Fred Astaire, Bing Crosby, Peggy Lee, Ella Fitzgerald, Julie Andrews, Frankie Laine, Rosemary Clooney, Slim Whitman and Randy Crawford – to name but a few. His orchestrations can be found in the repertoires of such world famous musical units as the London Symphony Orchestra, the Boston Pops and the Rochester Symphony Orchestra – in addition to writing scores for such luminaries as Burt Bacharach, Marvin Hamlisch and Liberace.

A quiet, soft-spoken and unassuming man, cockney-raised and academy-trained, Pete Moore usually declined to do interviews because he was always “too busy.” In fact, it would seem that he never actively sought work, it just came to him. Which is why he was often referred to as “The Invisible Genius.” As a person and as a musician, he was liked and admired by everyone who knew him. While he may not be a household name, Pete Moore’s music remains alive and well. As it has for the past half-century.