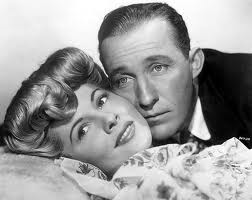 Joan Fontaine, the Oscar-winning actress who was one of the last remaining links to Hollywood’s golden age of the 1930s and ’40s, has died at age 96, her assistant confirmed to The Hollywood Reporter.

In her most famous films — Rebecca, for which she was Oscar-nominated, and Suspicion, for which she won — Fontaine came across as appealingly passive-aggressive. She could seem radiantly shy, believably insecure, gazing into the middle distance with a hesitancy that drew you immediately to her side. Yet she fashioned a movie career out of willpower and, quite possibly, large reservoirs of spite.

The younger sister of Olivia De Havilland, she maintained a ladylike-yet-intense rivalry with the sibling who beat her to the big screen. Peer between the cracks of Fontaine’s filmography and you’ll find a more intriguingly aggressive persona than the actress was generally given credit for. Maybe she wasn’t Born to be Bad, as the title of her juicy 1950 Nicholas Ray noir claimed, but she was much more than the second Mrs. DeWinter — or the other De Havilland. Both sisters, in fact, were born to entitlement, the daughters of Walter de Havilland, a British patent attorney with distant royal blood, and his actress wife. The children were born in Tokyo, Joan in 1917, and after their mother learned of the father’s affair with his Japanese maid, she whisked them to California. (The studio publicity later ascribed the move to health reasons for the “sickly” children.)

Olivia kept her family name and made a splash in early talkie Hollywood; Joan, by contrast, looked to stepfather George Fontaine for a screen alibi and struggled in smallish roles for RKO and other studios — to see her timid, wooden performance opposite Fred Astaire in A Damsel in Distress (1937) is to realize the appropriateness of the title. She saw her sister take roles she had hoped for; she auditioned for and lost the part of Scarlett O’Hara in Gone with the Wind, only to see Olivia score the part of Melanie. Despairing of ever making it, Fontaine curled up in bed to read a new best-seller called Rebecca and instantly saw herself in the put-upon heroine struggling against a powerful (if dead) rival. The next night she found herself at a dinner party seated next to producer David O. Selznick, who owned the rights. “Would you like to test for it?” he asked. 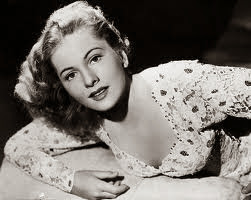 Rebecca made Fontaine’s name, and she returned to director Alfred Hitchcock for Suspicion,as a young wife convinced husband Cary Grant wants to do her in. She was nominated for Best Actress — and so was De Havilland, for Hold Back the Dawn. Fontaine won by one ballot, and late in life, Olivia was still kicking herself for voting for Barbara Stanwyck. In the career that followed, Fontaine tried to stretch with lustier roles — a lady on a pirate ship in Frenchman’s Creek (1944), a poisoner in Ivy (1947) — and was nominated once more for The Constant Nymph (1943). But victimized elegance kept calling her back, no more so than in the sublime heart-breaker Letter From an Unknown Woman (1948).

Joan went on to star opposite Bing Crosby in Billy Wilder's ill-conceived The Emperor Waltz (1948). Bing, who had co-star approval originally wanted to star alongside Greta Garbo or Deanna Durbin in the film. Fontaine was his third choice. Supposedly Bing and Joan did not have chemistry on the screen as well as off the screen, and the film was not either star's best work. 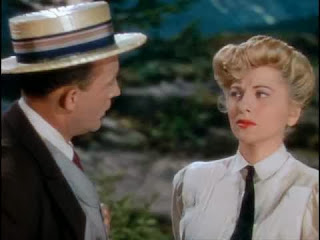 Posted by David Lobosco at 7:05 PM