Hard to believe another end of the year is here. The fading year of 2013 marked what would have been Bing Crosby's 110th birthday. It seems like only yesterday! This year was a fairly good year for Bing Crosby fans. Many new CDs have really assisted with filling in the gap in the libraries of Bing collectors.

Sepia Records continues to champion rare and unusual material. They issued two great CDs in 2013. The first one was "Bing In The Hall". That CD centered on Bing's rare recordings from the Kraft Music Hall. It was a radio show Bing starred on from 1935 to 1945. Many of the radio recordings on the release, Bing never recorded commercially. Their second issue was "Bing Crosby Sings For The AFRS". These recordings were taken from broadcasts Bing specifically made for the troops. One of the highlights was Bing singing "Johnny Doughboy Found A Rose In Ireland". Those two issues were among the best of 2013.

Another two great CDs were issued by The Bing Crosby Enterprises label, which is now aligned with MCA records. They issued a 60th anniversary issue of Bing's classic "Le Bing" album. It was Crosby's first long-playing album, and was released by his longtime label Decca Records. "Le Bing" is a concept album where all the songs are sung in French. My personal favorite from this album is "La Mer" (which later became "Beyond The Sea"). The other issue from BCE/MCA was "Bing Crosby Sings The Johnny Mercer Songbook". Some of the tracks were radio remotes, but I had all of these tracks. I still need to buy this issue which I will, just to support these rare issues.

Bing's movies still come out in a trickle. Bing's 1959 Say One For Me was recently released on DVD. I have my copy from a third generation copy, and it is enough for me. The soundtrack and music for the 1959 film was much better than the movie (in my opinion), but it is a movie that has not even been released on VHS. Here's hoping that in 2014 more movies will be released!

Unfortunately, there is always some sad news to report on. The year started with the death of the great Hobie Wilson on January 15th. He ran The Bing Crosby Friends And Collector's Society for decades with his devoted wife Cathie Wilson, and Hobie was one of the great Bing fans out there. He is sorely missed among Bing collectors. Another loss to the Bing Crosby world was the closure of Worlds Records. They sometimes were expensive, but they supplied many collectors with rare releases and their catalogues were always great to read. They were in business for nearly 40 years, opening up in 1974.

With that we close the pages on the book that was 2013. Here is to a great 2014 and more great things to come to Bing Crosby fans worldwide. Happy New Year... 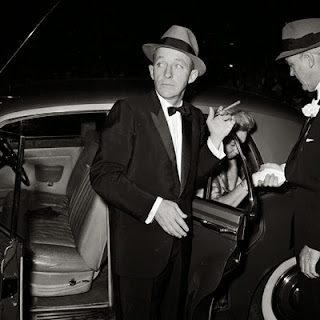