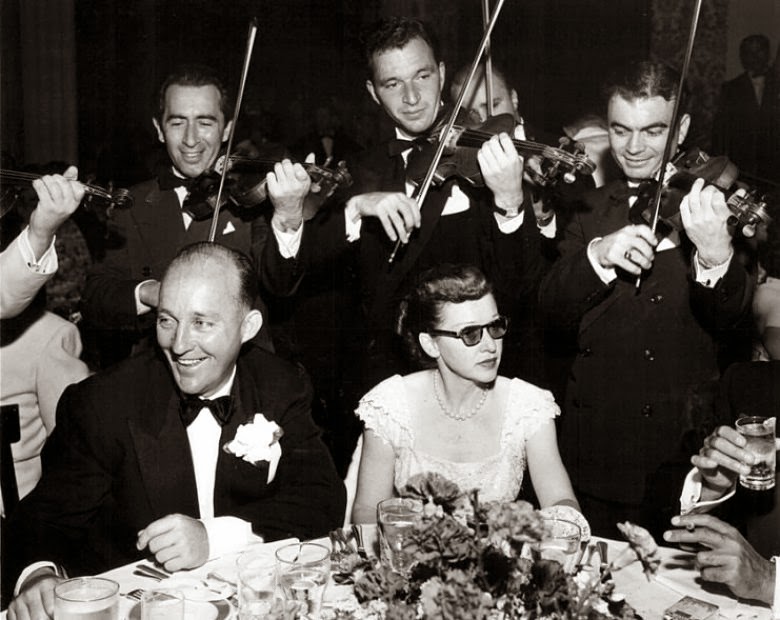 Even she died over 60 years ago, Dixie Lee Crosby is making news or at least her estate is...

The estate of Bing Crosby’s first wife is not entitled to revenues resulting from the popular entertainer’s right to publicity, the Court of Appeal for this district held yesterday. Div. Three, in an opinion by Justice Walter H. Croskey, reversed the order granting Wilma Wyatt Crosby’s trust a community property interest in her former husband’s right of publicity.  The trial court, in a judgment by Superior Court Judge Michael I. Levanas, had granted Wilma’s estate the interest because a 2008 amendment to the Civil Code §3341.1(p) created a new right to a deceased personalities who died before 1985. The statute, which provided that a deceased celebrity’s right of publicity is descendible, was amended to expressly provide that the law was retroactive to celebrities who died before 1985.

Harry Lillis Crosby, known as Bing Crosby, married Wilma Crosby on Sep. 29, 1930. They had four sons together, and remained married until her death in 1952.Wilma Crosby—also known as Dixie Lee—left a will which provided that her community property should be distributed in trust to her sons. Bing Crosby died on Oct. 14, 1977, leaving the residue of his estate to a martial trust for the benefit of his second wife, Kathryn Grant Crosby.

In 1996, Wilma Crosby’s trust sued the a company which was formed for the purposes of managing Bing Crosby’s interests, including his right of publicity for the trust’s entitlement to income derived from the community property of Bing and Wilma Crosby. That matter was settled for roughly $1.5 million. The settlement provided that the agreement was to be final and complete as to any money due to Wilma Crosby’s trust. The agreement also contained a release of all claims involving claims to community property.

Croskey said:“The trial court reached this conclusion based solely on the 2008 amendment’s provisions that it was ‘retroactive’ and without analyzing the pre-2008 version of the statute. In fact, prior to the 2008 amendment, section 3344.1 provided that it applied to ‘any such natural person who has died within 70 years prior to January 1, 1985.”

The justice went on to say:“The amendment did not create any new rights that fell outside of the 1999 settlement’s release of all claims to community property, the argument…[that] right of publicity did not exist in 1999 and thus could not have been the settlement agreement must fail. The petition of Wilma’s Estate is clearly barred by res judicata.” The case is Crosby v. HLC Properties, B242089. 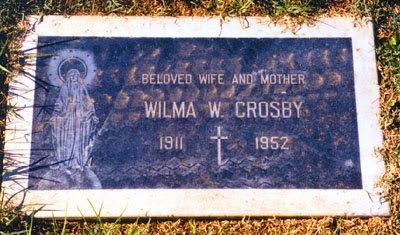 Posted by David Lobosco at 4:26 AM