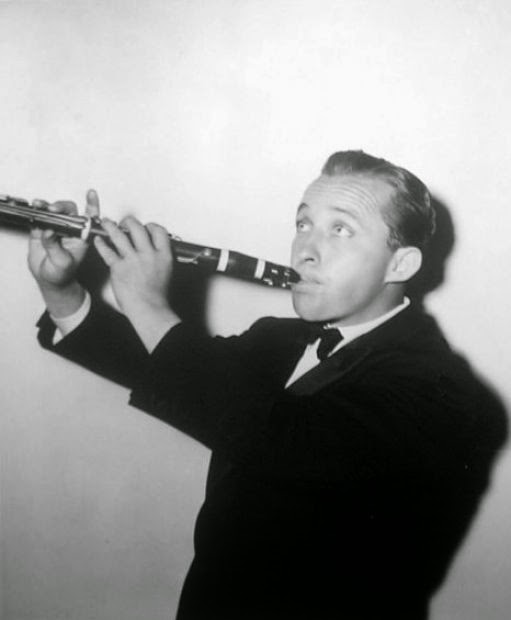 Bing Crosby started the 1940s only increasing his fame and stardom. His radio and recording career was successful, and he was at the top in both of those genres. Regarding movies, he was getting more and more popular with film goers, and from 1945 to 1949 he was the most popular movie star in the country. No one before or since has matched that feat.

Crosby started off the decade being paired for the first time with comedian Bob Hope in Road to Singapore (1940). The film lacked a great plot, but it made up with the laughs and songs that Bing got to introduce in the films. Bing and Bob made five “Road” movies in the 1940s, and Bing got to introduce some popular love songs in the films like: “Too Romantic” in Road To Singapore, “It’s Always You” in Road To Zanzibar (1941), “Moonlight Becomes You” in Road To Morocco (1942), “Welcome To My Dream” in Road To Utopia (1946), and “But Beautiful” in Road To Rio (1947).

Back to the early 1940s, Bing Crosby kept on making successful films; the roles were getting better as well. In Rhythm on the River (1940) he played a ghost song writer and got to sing the beautiful ballad “Only Forever. In The Birth of the Blues (1941) Bing sang all old songs as he played a clarinetist trying to get jazz to the masses. Then a year later Bing hit the mother lode when he starred in Irving Berlin’s Holiday Inn (1942). The union of Bing Crosby’s singing and Irving Berlin’s songs was a marriage made in musical heaven! Not only did Bing have the lucky pleasure of introducing “White Christmas” in the film (It almost was cut from the film!), but he sang a boat load of great Berlin songs like: “Be Careful It’s My Heart”, “Easter Parade”, and “Happy Holidays”. During this period of Bing’s singing and movie career, he really could do no wrong. Everything he touched was turning into musical gold.

Bing won an Oscar for playing Father O’ Malley, a priest that could sing in Going My Way (1944). A song Bing sang in the film also won the Oscar for best song (“Swinging on a Star”). It is the third time Bing introduced a song that won an Oscar. (He introduced “Sweet Leilani” which won in 1937 and “White Christmas” which won in 1942). The song “Swinging on a Star” was not really a great song by any stretch of the imagination, but because of Bing’s delivery it would become another one of Bing’s best remembered songs. Lightning almost hit twice in 1945 when he played Father O’Malley again in The Bells of St. Mary’s (1945). Bing was nominated for another Oscar but lost. He introduced two more great songs in that film as well – “In the Land of Beginning Again” and “Aren’t You Glad You’re You”. At this point Bing was specializing in the philosophical songs that told everyone how to make it through life. 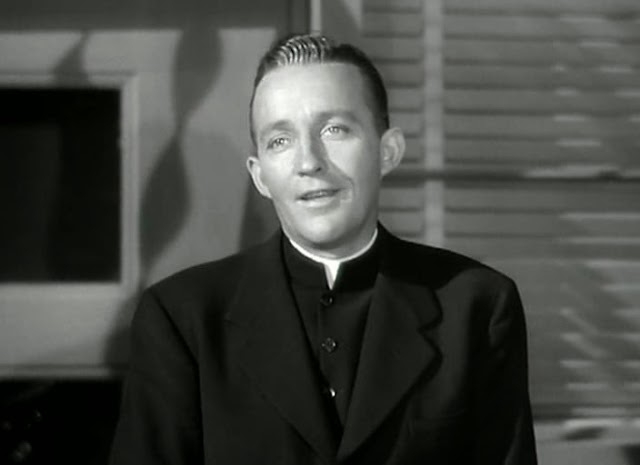 Bing’s first post-World War II musical was one of the best musicals he ever made. He was paired again with dancer Fred Astaire and songwriter Irving Berlin for the Technicolor lavish musical Blue Skies (1946). Even though the film was a postwar movie, it was pure sentimental and took place during the two World Wars. The plot was merely a backdrop for the music, and this film was filled with Irving Berlin standards – more than two dozen of them like: “I Got My Captain Working For Me Now”, “Blue Skies”, “All By Myself”, “Heat wave”, “A Pretty Girl Is Like A Melody”, “Puttin On The Ritz” and the list could go on and on. Bing got the chance to sing a few new Irving Berlin compositions with the best being “You Keep Coming Back Like A Song”. The song was one of the most recorded songs of 1946, and it was nominated for an Oscar for Best Song, but it lost. It would be another decade before Bing would make a musical as big as Blue Skies. It was the biggest musical he ever made at Paramount, and it was one of the most successful.

Bing sort of coasted through the rest of his movies of the late 1940s. They were good, but they were not anywhere near the caliber of Holiday Inn, Going My Way, or Blue Skies. Bing continued to introduce great songs in the film though like “My Heart Is A Hobo” and “As Long As I’m Dreaming” in Welcome Stranger (1947), “The Kiss In Your Eyes” from The Emperor Waltz (1948), and “Once And For Always”  in A Connecticut Yankee In King Arthur’s Court (1949). Bing still was a top movie star as the 1950s approached, but the music industry would be changing with the advent of rock ‘n’ roll. As a result the movie musical would change. Coupled with Bing’s personal problems in the early 1950s, he soon would see his movie star fade slightly. However, in the 1940s Bing was definitely the biggest movie musical star in the heavens that we call Hollywood… 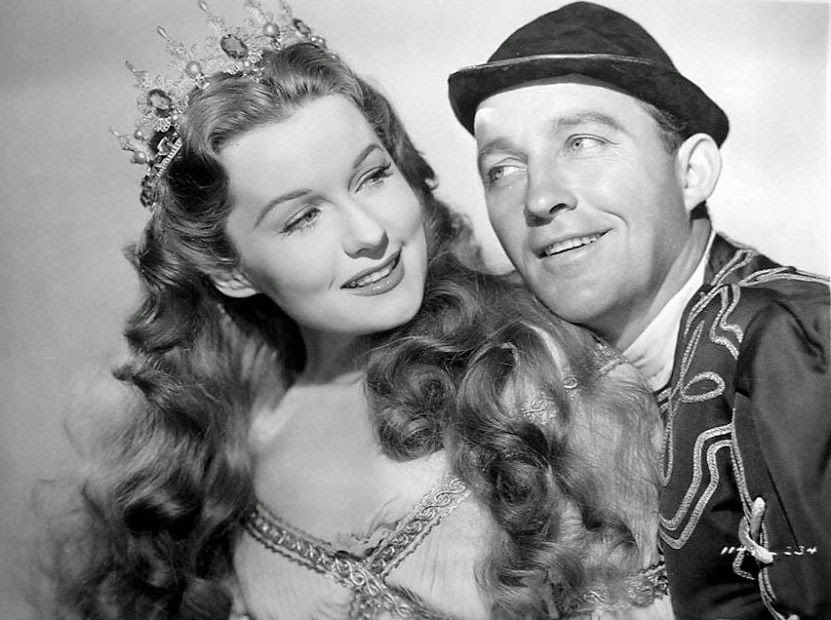 Posted by David Lobosco at 1:30 AM