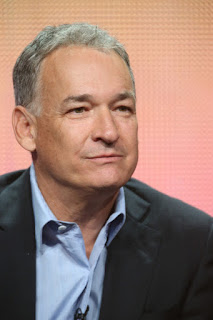 Here is a news item written by journalist Carl Swanson which was published on December 1, 1997. It details a home that Bing's son Harry Crosby purchased...

Bing Crosby’s son, Harry Crosby, has just purchased the 12-room duplex maisonette that was owned by Anne McDonnell Ford Johnson, the ex-wife of Henry Ford II who died last year, for around $4.35 million, according to brokers currently dealing with the exclusive building.

Mr. Crosby, 39, is the elegant eldest son from Bing Crosby’s second marriage, to actress Kathryn Grant. (Mr. Crosby could not be reached for comment.) An avid golfer (like his father) and a man described by an acquaintance as “a wonderful and very attractive guy,” Mr. Crosby spent his youth performing on his father’s annual Christmas TV special.

Mr. Crosby’s maisonette, which can be entered from the lobby or the street, is described as “very grand” by brokers who have seen it, with “very comfortable servant’s quarters” and a “beautiful staircase.” Facing Fifth Avenue, at 64th Street, it just lacks the privacy that upper-floor apartments have. The 5,000-square-foot home was put on the market several months after Ms. Johnson passed away in March 1996. The maintenance is just over $5,000 per month.

Did he get a deal? Many consider the maisonette, a duplex apartment which begins on the street level and has private entrances, to be the great (relative) bargain in one of the city’s finest buildings. Even in a building as enviable as No. 834-where socialite Carroll Petrie, left, Greek shipping magnate George Livanos and Sotheby’s chairman Alfred Taubman are current residents, and Elizabeth Arden, John DeLorean and Rupert Murdoch are former owners-“you don’t have to be as rich to get [into the maisonette],” noted one broker familiar with the building. “And they cost half as much as upstairs.”

This year, all three maisonettes at No. 834 have been on the market. One sold at the beginning of the year for around $4.6 million and the third, which Mr. Livanos is trying to sell, is being offered for $4.85 million. 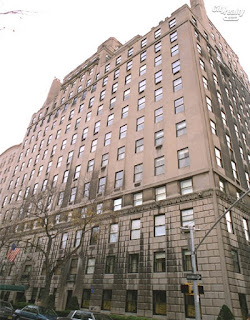 SOURCE
Posted by David Lobosco at 8:08 AM