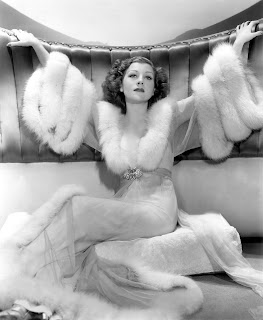 To anyone in 2016, if they hear the name Shirley Ross, I almost guarantee that 90% of the time - the person will say "Shirley Who?". Ross has been gone for over 40 years now, but she was such a treat to see in many movies of the 1930s, namely the ones she made with Bing Crosby. She appeared in 25 feature films between 1933 and 1945, including singing earlier and wholly different lyrics for the Rodgers and Hart song in Manhattan Melodrama (1934) that later became "Blue Moon."

Shirley Ross was born Bernice Maude Gaunt in Omaha, Nebraska on January 7, 1913, the elder of two daughters of Charles Burr Gaunt and Maude C. (née Ellis) Gaunt. Growing up in California, she attended Hollywood High School and UCLA, training as a classical pianist. By age 14, she was giving radio recitals and made her first vocal recordings at 20 with Gus Arnheims’s band. Here she attracted the notice of the up-and-coming songwriting duo Rodgers and Hart, who selected her to sell their latest offerings to MGM. One song, which was later re-written as "Blue Moon," led to a successful screen test in 1933 and then to a number of small parts in films that included Manhattan Melodrama with Clark Gable and William Powell in which, made up to look black, she sang "The Bad in Every Man," the original version of "Blue Moon," in a Harlem nightclub.

In 1936, MGM loaned her to Paramount, and she was paired with Ray Milland in The Big Broadcast of 1937. Although this was officially a leading role, the Big Broadcast format included a busy programme of musical comedy sketches with big-name performers who somewhat overshadowed her. But one press review declared that she had ‘one of the sweetest voices of any actress on the screen and predicted a big future for her. Paramount signed her to a five-year contract; meanwhile her introduction to the songwriting team of Leo Robin and Ralph Rainger would prove significant. 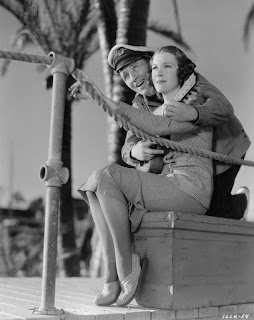 Her duet with Bing Crosby in Waikiki Wedding was a Robin-Rainger number titled "Blue Hawaii." Thus began a three-year period during which Ross was cast opposite either Crosby or Bob Hope on five occasions.

After a career interruption in the making of This Way Please with Buddy Rogers, when she walked off the job, alleging that Jack Benny's wife, Mary Livingstone, was trying to sabotage her scenes, she was cast opposite Hope in The Big Broadcast of 1938. Their duet, "Thanks for the Memory", became a huge hit and a defining moment for two careers headed in opposite directions – for Hope, a springboard to bigger and better things; for Ross, the pinnacle. It would prove to be her sole enduring claim to fame. 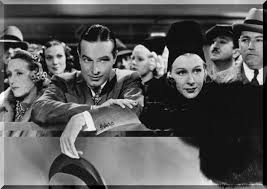 The duet's great success sparked spin-off movies with Bob Hope, Thanks for the Memory (1938) and another called Some Like It Hot (1939; later renamed Rhythm Romance to avoid confusion with the unrelated 1959 feature). Although Thanks for the Memory did produce another hit song, "Two Sleepy People", the films themselves made little impact, apparently reflecting Paramount’s declining interest in musical comedy. Although Ross would have been willing to play straight drama and had performed well in Prison Wife, Paramount relegated her to supporting roles in two minor romantic comedies, which did nothing for her career, even though one of them (Paris Honeymoon) teamed her once more with Crosby. Her extremely promising career suffered a steep decline and never recovered.

Although Ross knew that her understated appeal was better suited to the screen than the stage, she played the lead in Rodgers and Hart’s Broadway musical Higher and Higher (1940), featuring the song "It Never Entered My Mind." The show was a critical failure. After a few forgettable movies and some radio work, Ross increasingly attended to her terminally ill husband Ken Dolan, which became an early retirement.

Ross died from cancer on March 9, 1975.in Menlo Park, California, aged 62. As her married name, Bernice Dolan Blum, was not well known, her death was not widely publicized. But Hope, with whom she had an enduring real-life friendship, did not fail to commemorate her death. He and Crosby sent a 5-foot tall cross with white carnations and a spray of red roses to her funeral... 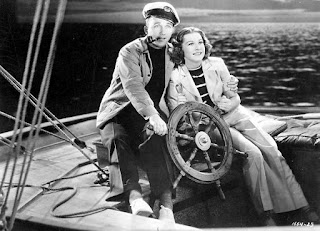 Posted by David Lobosco at 1:00 AM