BING AND HIS CHRISTMAS SPECIALS 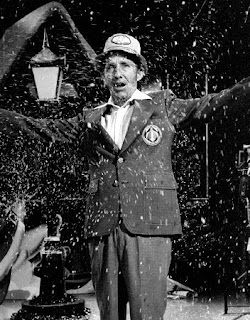 Christmas programs from years past
By Mack Williams

At Thanksgiving, I watched Lady GaGa’s Thanksgiving special (solely out of curiosity, of course) and was pleasantly surprised. It wasn’t filled with crazily styled outfits or a scarcity of cloth in the clothing’s design. The “diva” aspect was toned down, and the program had the look and feel of one of those old variety show Christmas specials of the 1950s and ’60s.

There were many Christmas specials of the variety-show format in those days. It was a staple of programming back then, and as its name implied, the content was varied. It seemed kind of like a descendant of vaudeville and had included in its roster some of those performers who began their careers in that earlier medium. One such was the great Jimmy Durante, whom I always associate with “September Song” and “Goodnight, Mrs. Calabash, wherever you are!” He, of course, revisits us each year at Christmastime as the narrator of the cartoon “Frosty the Snowman.”

Bing Crosby’s Christmas specials were something to never be missed. (Actually, anything with Crosby in it was special, just due to the fact of his presence.) Jackie Gleason’s Christmas offering, complete with the June Taylor Dancers, was another good variety production. Mentioned last, but not least, I must confess that I greatly enjoyed and never missed the Christmas specials provided by Lawrence Welk and his Champagne Music Makers (even now on their re-runs on PBS).

In looking back on those days, I realize that one of the best of the Christmas specials was not broadcast into “TV land” but could be purchased for a small sum of money and only heard on an entertainment device that predated television by many years: the phonograph. The company that produced this concert also produced other products from petroleum, and its name was Firestone. We referred to this medium as records, because back then, there was no need to make a distinction as there is now between vinyl, tape or CD. Tape players were in their infancy, and CDs were years in the future, so the proper term was “records.” 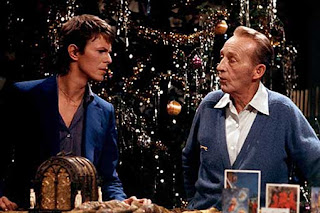 I recall listening to those annual Christmas “concerts” on the floor-model hi-fi in our old living room, just off of the Old Concord Road. I seem to remember the “Firestone Christmas Album” as well as Goodyear’s “Great Songs of Christmas” being sold at Salisbury’s old W.T. Grant Company where my mother worked. Some of the performers included in those varied seasonal collages were: Bing Crosby; Burl Ives; Andy Williams; Robert Merrill; Richard Tucker; Harry Belafonte; Lena Horne; Mitch Miller with his orchestra and chorus (since this was audio, the “bouncing ball” was left to the imagination); The Mormon Tabernacle Choir; Peter, Paul and Mary; Mahalia Jackson; Roger Williams; The Ray Conniff Singers and many more.

Once the televised Christmas special was over (in which a few of these same artists were included, but not as many, as the cost would have probably made it prohibitive), it couldn’t be seen again, as videotape recorders had not yet made their advent in those Christmases of the early 1960s. The local church choirs would then move on to the music appropriate to the following seasons of the church year, not returning to Christmas music again until the earth had come back around to that same approximate place in its orbit as when such music had been previously heard.

As opposed to the Christmas television special and the church Christmas cantata, one could hear the soloists, choristers and orchestras of the Firestone Christmas Album over and over, presumably having one’s own “Christmas in July” (minus the sales) if so desired.

The automotive wheels of Firestone are exceptionally well-made, with treads that make traction with the road. Those other Firestone “wheels,” turning on the turntable of our old, floor-model hi-fi, had the tiniest of “treads” which made the music of Christmas.

SOURCE
Posted by David Lobosco at 4:55 AM