BING IN ONE MORE CHANCE 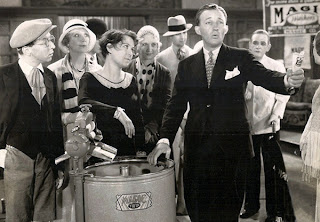 Bing Crosby stars as 'Bing Bangs' in One More Chance. The two-reel musical comedy short, produced and directed by Mack Sennett the "King of Comedy", was released on November 15, 1931.

Songs in the film include "One More Chance" and "Wrap your Trouble in Dreams" performed by Mr. Crosby.

Mr. Crosby went on to become the first multi-media superstar entertainer with records, radio, television and film. Between 1931 and 1939 alone, Crosby produced more than 150 charted hits, which included twenty-two #1 hits and fourteen songs that landed at the #2 spot.

Patsy O'Leary appeared in 47 shorts and 3 feature films from 1927 to 1932. The majority of her films were for Mack Sennett and filmed at Mack Sennett Studios, now home to CBS Studio Center. 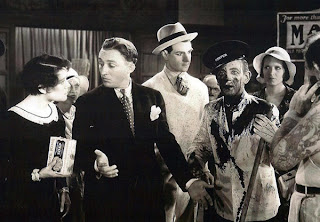 SOURCE
Posted by David Lobosco at 4:31 AM