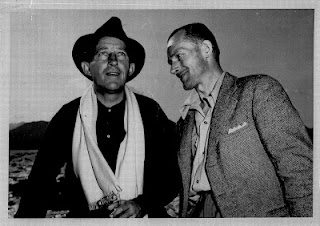 At 10: 30 p.m. on Sept. 20, 1948, a special train rolled into the Great Northern Railway Station on the False Creek flats. Two thou-sand people anxiously waited for the occupants to disembark, and when Bing Crosby finally appeared, it was bedlam.

"The groaner's appearance in the doorway of the train's drawing room touched off a mad stampede of starry-eyed and autograph-hunting fans," reported Bill Fletcher in The Vancouver Sun. A "flying wedge" of police was needed to help Crosby through the assembled multitude.

Crosby was in town to record his Philco radio show at the Forum, a performance that was a fundraiser for a proposed Sunset Community Centre. At the time, he was arguably the most popular singer in the world, so getting him to record his radio show here was quite a coup.

Vancouver welcomed him like a long-lost son. He was a guest editor of the Sun's sports section, writing two stories for the paper. Acting Mayor George Miller gave him the key to the city.

Squamish first nation chief Joe Mathias made Crosby an honorary chief of the band, dubbing him Big Chief Thundervoice onstage at the Forum. 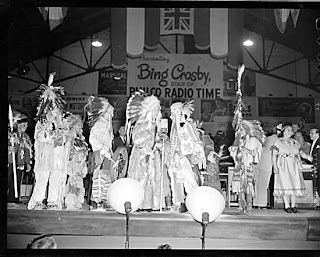 Eight thousand people showed up for the Crosby show Sept. 22, raising $33,000 for the community centre project. Crosby not only performed with guests Ray Milland and Marilyn Maxwell, he drove a bulldozer at the community centre site to begin excavations. A year later, he came back when it opened, and gave a performance before 1,500 fans at the centre.

The native of Tacoma was so impressed with Vancouver, and B.C., he regularly returned for vacations and fishing trips... 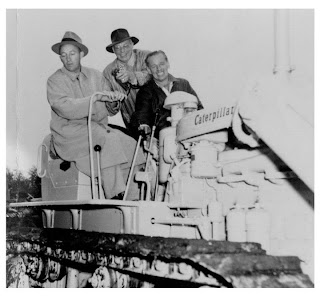