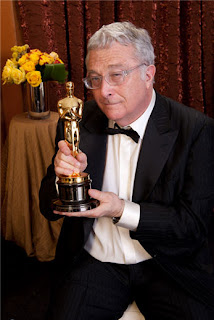 Master satirist Randy Newman makes his voice heard this election season with "I'm Dreaming," using Irving Berlin an Bing Crosby as a starting point to humorously target those that he suspects oppose President Obama on the basis of the color of his skin.

As you would suspect, it's funny, starting with the opening line, "I'm dreaming of a white President / Just like the ones we've always had." In this morning's Slate, estimable sometime Inquirer contributor Ben Yagoda talks to Newman and asks him how he knows, as Newman has put it, "there are a lot of people who don't want a black person in the White House and they want to get him out."

"Well, I don’t know, partly because no one, and I mean no one, would admit feeling that way," the Oscar-winning Toy Story and Rednecks songwriter replies. "Still, it’s clear that there are lots of people out there who are uncomfortable. The Civil War was a long time ago but there are aspects of it that remain unsettled, I think. Early on in Obama’s term, there was heat generated by issues that you wouldn’t think would cause such passion. Even the term “Obamacare,” the way it’s spit out, like he was some kind of witch doctor. Maybe I’m overly sensitive to the issue, but I don’t think so. There’s an edge to things that normally wouldn’t have an edge. I thought it was a little extra."

The song is available for free, but Newman is encouraging donations to the United Negro College Fund at uncf.org....