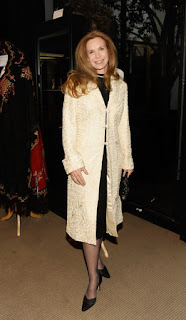 Los Angeles Superior Court Judge Michael Johnson also told Mary Crosby, who famously shot Larry Hagman's J.R. character in the original "Dallas'' series, and her spouse, attorney Mark Brodka, to give Susan Demers a remote-control device that will open a gate the couple relocated and modified along an access road in May 2011.

Demers maintains that when she bought her property in 1987, it included easements giving her the right to pass over a part of the Crosby-Brodka property. But attorney James Pazos, representing the actress and her husband, said the easements were eliminated years earlier. Johnson was not convinced.

"Then why was she allowed to ride horses there for so many years?,'' the judge asked. Demers' lawyer, David Olson, said the easements were never eliminated. "This is kind of a Hail Mary argument,'' Olson said.

Olson said the 63-year-old Demers suffers from pulmonary hypertension and asked that the gate be simply left open in case she loses or misplaces the electronic device. However, the judge said she would have to settle for having the gate opener.

In a sworn statement opposing the preliminary injunction, Mary Crosby stated that she has dealt with stalkers for many years because of her "Dallas'' fame and worries about her security.

"A couple of the stalkers seemed harmless,'' she said. "However, one of the stalkers, William Casey, was very scary and threatening. Casey showed up at my house one day. When my husband approached him and said he was married to me, Casey said, 'Well, she was my wife first.'''

Since the debut of the second "Dallas'' series, there has been "an increase in both nice and crazy communications,'' Crosby said. Crosby said Demers worked for many years for Kelsey Grammer at his ranch and that she rarely rode her horses through the couple's property even after the gate was first installed in 2000.

Demers did not demand an automatic gate opener until June 2010, according to Crosby. That same month, an excavator dug a path around the gate and said he was hired by Demers to do so, according to Crosby, who maintains that Demers does not need to use the Crosby-Brodka easement to get to the area where she rides her horses.

The preliminary injunction is good until April 15, when the judge will hold a non-jury trial on the issues. Outside the courtroom, Pazos declined to comment on whether he is optimistic for a different outcome at trial.

Brokda attended today's hearing, but Crosby was not present. The 52-year- old daughter of Bing Crosby and his second wife, Kathryn Grant, she and her husband began the litigation by suing Demers and her friend, Martha Gwinn, in Los Angeles Superior Court in December 2010.

Crosby and Brodka's suit asks a judge to determine whether Demers and Gwinn have any rights to cross over the couple's property. They have lived in a rustic area on Barrymore Drive above Pacific Coast Highway since 1982. Demers, a horse trainer, and Gwinn, who rents a residential unit on her property, then filed a cross-complaint alleging nuisance and trespass and later filed the preliminary injunction request... 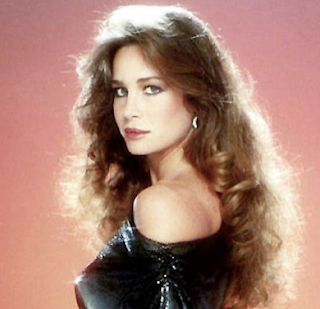 Posted by David Lobosco at 4:57 AM