It is amazing how even in an obituary, Bing Crosby's name comes out. It is just another example of how many lives Bing touched... 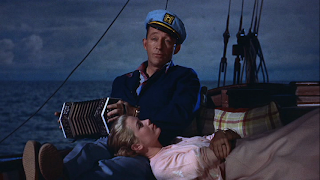 Crosby plays a divorced jazz musician who wants to win back his wife, played by Kelly. The two of them are sailing, Kelly's head rests in his lap and it's getting on toward dusk. He sings True Love, a wistful ballad, and she harmonizes on the chorus.

Edward McConnell always admired Crosby's music and laid-back public persona. He collected phonograph records from speed-78 on down, then CDs. Like the singer, he played a lot of golf.

Unlike Crosby's reputation, Mr. McConnell rarely if ever appeared flustered or temperamental.

Two years after he married Joan Nelson in 1954, True Love became their song.

"He liked his attitude and he liked his voice," said Joan McConnell, 81. "I think everybody liked Crosby."

Students who worked for Mr. McConnell in college bookstores liked him because he showed an interest in them and was patient. Mr. McConnell, who retired to Seminole in the mid-1990s and had served as president of his neighborhood association, died Oct. 9 at Bay Pines VA Medical Center. He was 91.

Mr. McConnell dressed modestly and conservatively and kept regular habits. He read newspapers daily, making a point of catching any spelling errors, and books about the Civil War.

He tried not to get in too much of a hurry about anything.

He planned roundabout family road trips so that everyone could see another Civil War battlefield or cemetery, whether the kids wanted to or not.

"They knew they were going to get history," his wife said.

He did not dominate conversations, preferring to toss in the witty one-liners that always seemed to occur to him. But others sought him out as a leader. The longtime bookstore manager was honored by the National Association of College Stores and appreciated by his neighborhood association.

"He could tell us what had happened in the past, why they did certain things and so forth," said Lee Suggs, 78, the current vice president of Seminole on the Green Villas One South.

Edward David McConnell was born in Kingston, N.Y., in 1921, and brought up by his grandparents. He studied journalism at Columbia University, then served in the Army during World War II.

He impressed Joan as an old-fashioned type, which she liked. He stood when a woman entered the room. He opened doors. He looked people in the eye when he shook hands.

Because of the cowlick of hair on his forehead, his grandfather called him Skee, after the comic strip character Skeezix from Gasoline Alley. Other people called him Mac for reasons that are unclear, or Professor when he ran the a bookstore outside Rutgers University and, later, the bookstore for Florida State University.

Mr. McConnell and his wife lived in Tallahassee for 23 years before retiring to Seminole.

"I remember him as sort of being the funny guy, the jokester, putting on masks and scaring me and my sister," said Cara Hodson, 33, a granddaughter who once called him Bop Bop.

When she visited Mr. McConnell in Seminole, her own young children also jumped in fright. This time it wasn't their great-grandfather startling anyone, but a 2-foot-high Bing Crosby doll that bursts into song when touched.

Heart trouble and chronic obstructive pulmonary disorder slowed him down in recent years.

An urn containing his cremated remains rests inside a columbarium at Serenity Gardens Memorial Park. Beneath his birth and death dates, his wife had two words engraved that she believes sums up their 58-year marriage: "True Love"... 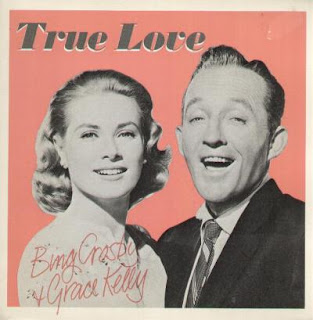 SOURCE: http://www.tampabay.com/news/obituaries/edward-mcconnell-loved-his-wife-and-bing-crosbys-music-in-that-order/1257586
Posted by David Lobosco at 4:38 AM