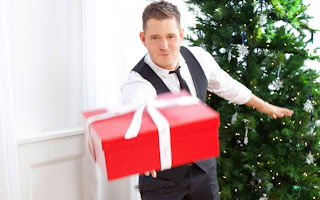 The details of Michael Buble's upcoming NBC Christmas special have now been announced. As previously reported, the show will find the Canadian star singing with Rod Stewart, Carly Rae Jepsen, Blake Shelton and Sesame Street'sElmo -- but it turns out that the late, great Bing Crosby is also on the bill.

Called Michael Buble: Home for the Holidays, the December 10 special was taped in Michael's hometown of Vancouver. In a statement, the singer says, "We had great fun with our guests and I think the show really captures the joyous spirit of the holidays."
During the one-hour special, Michael and his guests will perform songs like "Jingle Bell Rock," "Let It Snow," "Winter Wonderland" and "All I Want for Christmas Is You." In addition, thanks to the magic of special effects, viewers will see Michael singing "White Christmas" as a duet with Bing Crosby.

Michael Buble: Home for the Holidays will air at 10 p.m. ET.

Michael is currently working on a new album for release in 2013, but to tide you over, you could buy yourself a new copy of his 2011 holiday album Christmas, which was last year's second biggest-selling album. A special edition version of the disc is now available for sale on Michael's official website. Alternately, you could just pick up copies of Rod Stewart's and Blake Shelton's new Christmas albums -- Michael is a featured artist on them both... 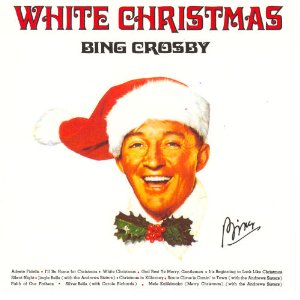 SOURCE
Posted by David Lobosco at 4:04 AM