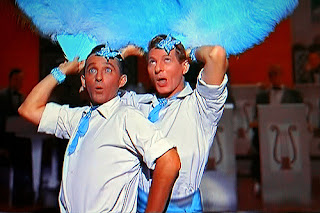 In celebration of actor Danny Kaye’s centennial, the Academy of Motion Picture Arts and Sciences will screen the holiday classic "White Christmas" (1954) at Oscars Outdoors in Hollywood on Thursday, December 6, and Friday, December 7, at 7 p.m. Special guests include Dena Kaye, Mary Crosby and Monsita Ferrer Botwick, the daughters of Kaye, Bing Crosby and Rosemary Clooney, respectively. Hollywood special effects wizards are predicting a 100 percent chance of snow at the open-air theater on the Academy Hollywood campus, bringing the evening to a dramatic conclusion. December marks the start of the celebration of Danny Kaye’s centennial, a year of festivities across the country spotlighting the legendary entertainer and humanitarian.

Directed by Michael Curtiz with songs by Irving Berlin, "White Christmas" tells the story of song-and-dance team Bob Wallace and Phil Davis (Crosby and Kaye), two World War II veterans who team up with sister act Betty and Judy Haynes (Clooney and Vera-Ellen) to raise money for a struggling Vermont inn run by Bob and Phil’s former commanding general. The film earned an Oscar® nomination for the original song "Count Your Blessings Instead of Sheep," music and lyrics by Berlin.

Tickets to "White Christmas" are $5 for the general public, free for children 10 years and younger, and $3 for Academy members and students with a valid ID. Seating is unreserved. Tickets for Friday’s screening are sold out, and tickets for Thursday night are available online at oscars.org/outdoors. Gates open at 6 p.m. Attendees are encouraged to bring low lawn chairs, blankets and warm clothing. Hot chocolate and holiday treats will be available for sale from some of Los Angeles’s most popular food trucks. Picnic baskets, beer and wine are permitted.

The Academy Hollywood campus is located at 1341 Vine Street in Hollywood (between De Longpre Avenue and Fountain Avenue, and between Vine Street and Ivar Avenue). The campus is accessible via the Metro Red Line train and the Metro Local 210 bus. Free parking is located behind the Pickford Center for Motion Picture Study. Enter from Homewood Avenue off Vine Street, one block north of Fountain Avenue. The lot opens 90 minutes prior to the event and closes 30 minutes afterwards. For additional information, visit oscars.org/outdoors or call (310) 247-3600... 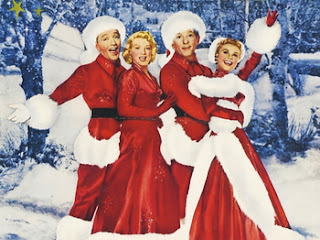