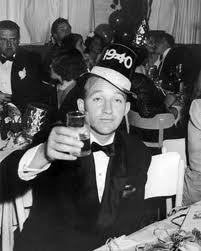 Hard to believe it is the end of another year. This year was very mixed I believe for Bing Crosby fans. October 14, 2012 marked an unbelievable 35 years since Der Bingle last sang for us, and unfortunately it was barely reported on. Bing Crosby Enterprises, which is run by the Crosby family continues to provide an informative website of their own, full of audio and video gems. However, no new Crosby items were released for sale to the general public. There have been some hints, but nothing concrete to report on. Another release that did not happen in 2012 was the issue of Gary Giddins second book on Bing Crosby. It is reportedly near completion, although I can not get a confirmation from Giddins himself or his publisher.

The chronological series on the Sepia label has sadly come to an end. However, Sepia promises more Bing issues in the future. Their next issue will come in February of 2013 and will be the soundtrack to Say One For Me and The Road To Hong Kong - both soundtracks were better than the actual movies. Other than that issue, I am not sure what else will come out. Hopefully more songs from Bing's vast amount of radio shows will be issued.

2012 saw the issue of High Time (1960) on Blu Ray. Unfortunately it was not issued on conventional DVD format, so I did not purchase the rare and underrated Bing movie gem. Other than another "ghost" appearance with young crooner Michael Buble on his television special and iTunes issue, not much else to report on in 2012.

On a personal note, my step father of 20 years passed away. While he was not a Bing Crosby fan, he did help me with my Bing collection early on. Before he married my Mom, he had Cinemax at his house, and he taped me the film We're Not Dressing (1934) since at the time it was not on video. He watched the whole movie and other than Bing's singing he said the movie was unwatchable. It always became a joke between us that We're Not Dressing was his favorite movie. My stepfather was 59, and I continue to miss him but appreciate him taping the old Bing movie for me.

Thank you everyone for continuing to visit this little Bing Crosby blog. Since I started the blog in January of 2010 I have made many friends, and I hope this blog will continue to inform and entertain in 2013. May each and everyone of you have a wonderful New Year! 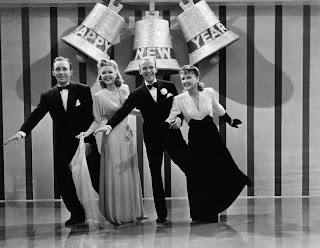