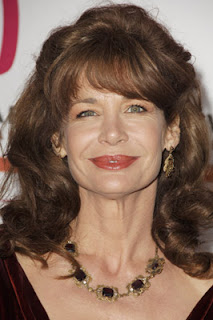 The daughter of legendary entertainer Bing Crosby and a woman who lives near her in Malibu have tentatively settled a long- running lawsuit concerning the neighbor's right to traverse the actress' land to reach a federal park in order to ride horses there.

Lawyers for Mary Crosby and her husband, Mark Brodka, as well as the neighbor, Susan Demers, filed papers with Los Angeles Superior Court Judge Michael Johnson last Friday stating that a resolution was reached subject to certain conditions that were unspecified in the documents.

In September, Johnson ordered Crosby and Brodka -- through a preliminary injunction -- to let Demers to cross the couple's land to reach a public area where the woman rides horses. Crosby -- who famously shot Larry Hagman's J.R. character in the original "Dallas'' series -- and Brodka also were told to give Demers a remote- control device to open a gate the couple relocated and modified along an access road in May 2011.

The preliminary injunction against Crosby and Brodka, an attorney, was good until April 15, when the judge was scheduled to hold a non-jury trial on the issues. Crosby, the 53-year-old daughter of Bing Crosby and his second wife Kathryn Grant, and Brodka began the litigation by suing Demers and her friend, Martha Gwinn, in December 2010.

Crosby and Brodka's suit asked a judge to determine whether Demers and Gwinn have any rights to cross over the couple's property.

The actress has lived in a rustic area on Barrymore Drive above Pacific Coast Highway since April 1982. Demers, a horse trainer, then countersued Crosby and Brodka.

Demers maintained that when she bought her property in 1987, it included easements giving her the right to pass over a part of the Crosby-Brodka property. But attorneys representing the actress and her husband said the easements were eliminated years earlier.

Crosby and Brodka maintained the land where Demers rides her horses is now federal park property and that the law required her to reach it through public access routes.

SOURCE
Posted by David Lobosco at 5:36 AM