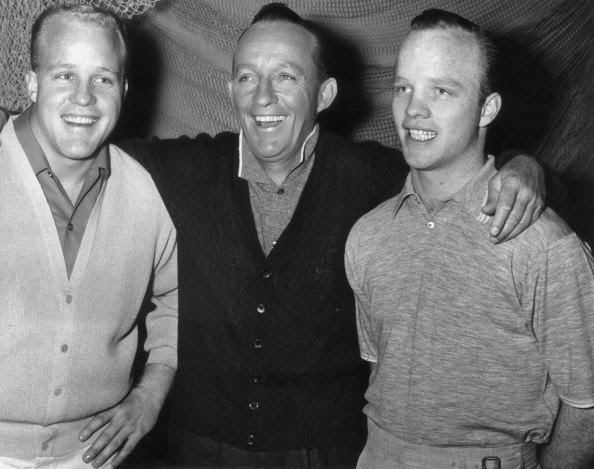 Most fans of Bing Crosby remember his family from the iconic Christmas specials in which his wife Kathryn and their three grown children sang carols and palled around with celebrities like Robert Goulet and Bernadette Peters.

But a new documentary called Bing Crosby Rediscovered – which aired on December 2nd at 8 p.m. ET on PBS as part of the American Masters series – sheds fresh light on Crosby's first family with Dixie Lee, a shy actress who drank herself to oblivion before succumbing to ovarian cancer in 1952 at the age of 41.

She and Crosby had four sons, two of whom were twins named Dennis and Phillip, who experts believe suffered from their mother's heavy drinking.

"I had been hearing about it and then the twins, they didn't look quite right," Robert Trachtenberg, the documentary's director, tells PEOPLE. "Something had told me that it was fetal alcohol syndrome, so I took existing photos of the twins and showed it to a couple of specialists at USC. When they’re born [with fetal alcohol syndrome], it affects their skull and their nose, and it manifests itself physically as well. The specialists looked at them and said 'Yeah, this is a like a textbook case of fetal alcohol syndrome.' "

It's not clear whether Crosby ever suspected that his first wife's drinking had an adverse affect on their twins, Trachtenberg admits. Dennis Crosby killed himself in 1991, and Phillip died of a heart attack in 1994. (The two other brothers, Gary and Lindsay, died in 1995 and 1989). 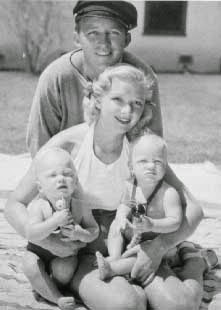 "I couldn't find anything where he blamed her," Trachtenberg says. "That's the other tragedy of this whole situation. She died at 41. Nobody really had any significant way to treat that. Kathryn, Bing's second wife, says in the film it was a terrible way to die. So to add insult to injury, you have this situation [with the twins] on the one hand and then she dies on the other. We could have done a whole other film just about that."

The rest of the documentary features interviews with Crosby's second family – including wife Kathryn and their daughter, Dallas actress Mary Crosby – and focuses on the singer's many contributions to the business, like how he revolutionized radio when he began taping his popular radio shows.

"I think people have this idea of him from those Christmas specials from the end of his life, which even Mary said was bad variety TV," Trachtenberg says. "But what they don’t remember was how cool he really was in the '30s and '40s and '50s. He is just so revered as a musician’s musician to this day … his timing, his phrasing. People still cite him as one of the most influential singers of the 20th century." 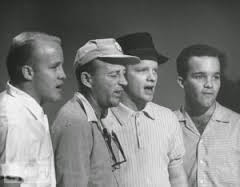 SOURCE
Posted by David Lobosco at 2:00 AM