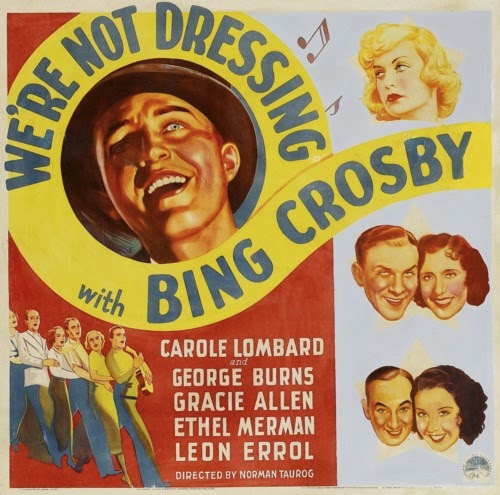 Here is one of the great Bing Crosby guru Bruce Kogan with another Bing movie review. This time reviews the 1934 classic We're Not Dressing...

For those who've never seen Carole Lombard, but have heard about her genius for screwball comedy, go check out We're Not Dressing. Simple plot, Bing's a sailor on the Lombard yacht and he, Lombard, her uncle Leon Errol, her friend Ethel Merman and two princes/gigolos, Ray Milland and Jay Henry are shipwrecked after a drunken Leon Errol runs the yacht up on a reef. In order that they survive the sailor has to take charge and does. Oh, and also surviving is Lombard's pet bear, a creature named Droopy.

Droopy comes pretty close to stealing the picture, especially after Leon Errol persuades Crosby to put roller-skates on him while they're still on the ship. He also has another trick, he won't hear any other song but Goodnight, Lovely Little Lady one of the songs written for this film by Mack Gordon and Harry Revel.

Gordon and Revel's best known numbers from this are "May I" and "Love Thy Neighbor" which sold a few platters for Bing back in 1934. Soon after writing a score for another Crosby picture Two For Tonight, they moved over to 20th Century Fox where they scored some of Alice Faye's films. 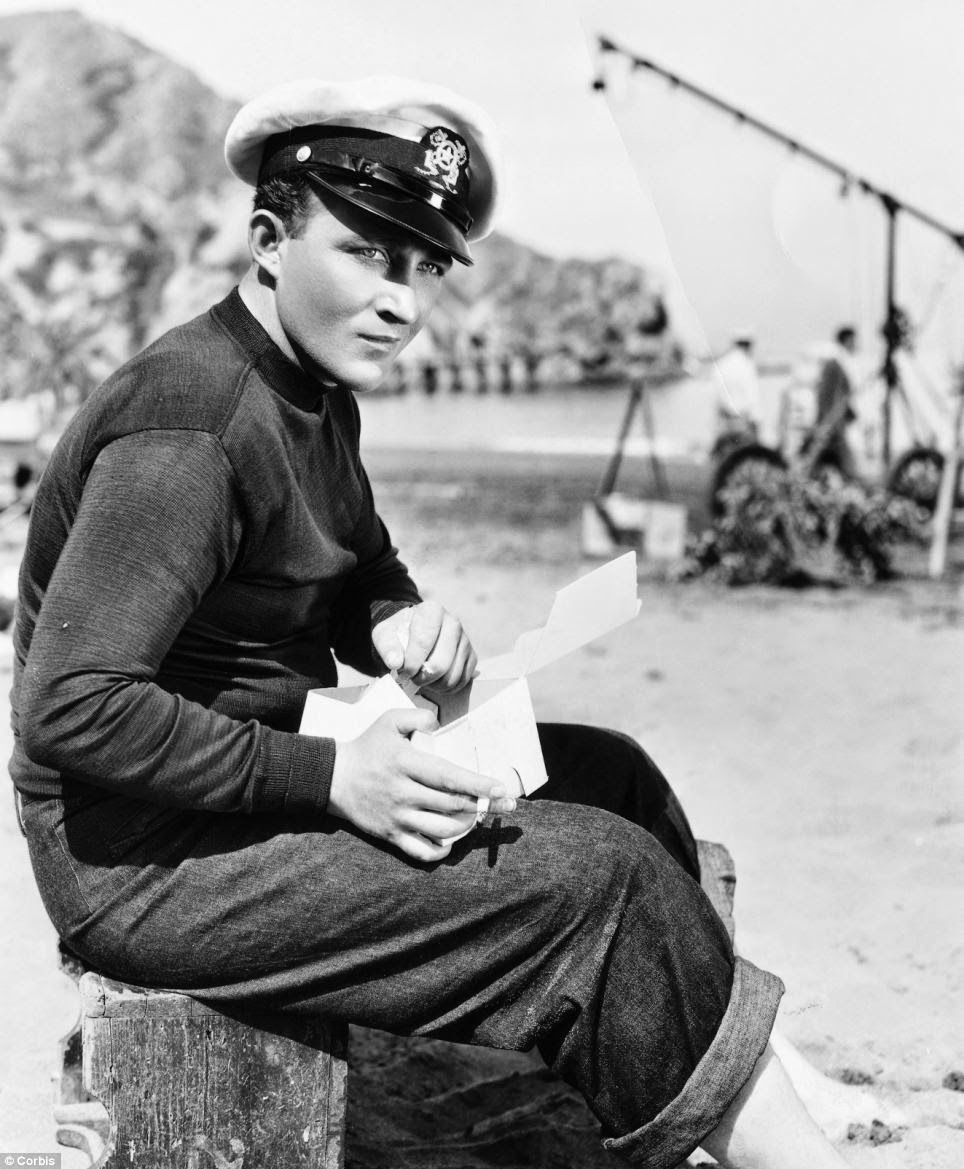 Ray Milland in his autobiography "Wide-eyed in Babylon" recounts a tragic story during the filming of We're Not Dressing. The bear trainer gave specific instructions that any women whose time of the month it was were not to be on the set that day. One of them lied and the trainer was badly injured and later died of those injuries sustained at the paws of a super hormonally charged bear. He also said that Paramount signed him to a long term contract on the strength of that film.

The six castaways were not quite alone on the island. Burns and Allen were there also with their brand of surreal comedy. Hollywood never knew quite what to do with them. God knows they were funny as all get out, but rarely were asked to carry a whole film. 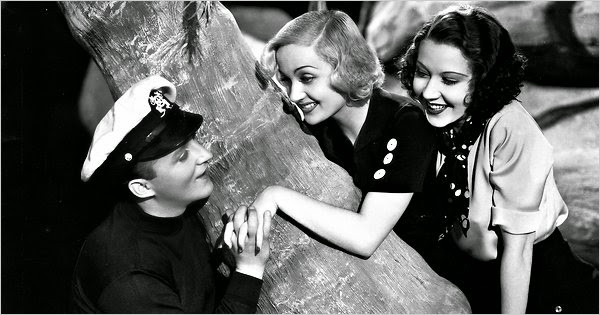 Ethel Merman was another problem. Like her famous Broadway rival Mary Martin, she never quite made it in Hollywood. Her biggest success was always on Broadway. During the 1930s she would support, Crosby, Eddie Cantor, and most memorably Ty Power and Alice Faye and Don Ameche in Alexander's Ragtime Band. Her number "It's The Animal In Me" was cut from the picture, although it's briefly sung at the end. Paramount saved it and put it intact into their Big Broadcast of 1936 the following year.

At the time We're Not Dressing was shooting, Carole Lombard was romantically involved with Bing Crosby's singing rival crooner Russ Columbo. Columbo visited the set often and he and Crosby were friendly rivals and were known to do some impromptu singing during breaks. If only some sound man had left the microphone on. Columbo later died that year of a gunshot wound from an antique dueling pistol, a case that a lot of people felt was never satisfactorily solved.

So with Crosby, Lombard, Burns and Allen, Ethel Merman, Leon Errol just the sound of that casts spells some wacky wonderful fun... 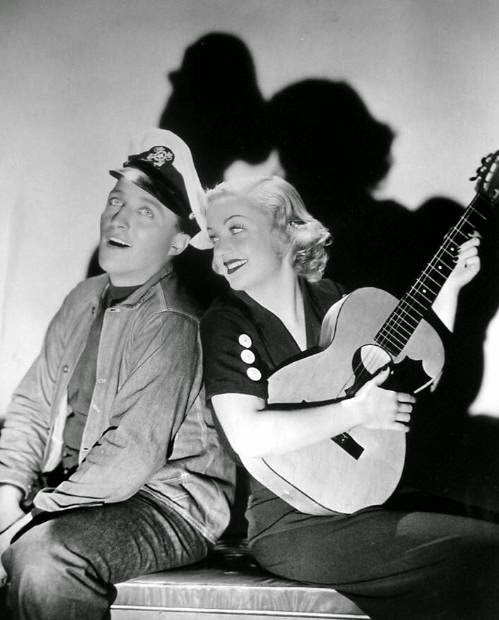