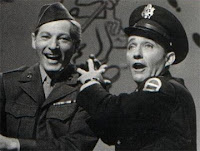 The Liverpool Empire’s traditional Christmas pantomime is to be replaced with a musical starring singer and TV presenter Aled Jones.

Irving Berlin’s White Christmas will have a 20-date run instead of the theatre’s planned Snow White production.

Empire bosses today assured customers the decision was not due to poor ticket sales.

Theatre-goers who have already bought tickets for Snow White will receive a full refund and discount on tickets for White Christmas.

Aled Jones will return to the lead role of Bob Wallace, played by Bing Crosby in the 1954 movie version.

Stephen Rees, Liverpool Empire general manager, said: “As with all programming decisions, our aim is to bring the very best touring productions to the people of Merseyside and White Christmas, being produced by the company behind the recent touring and West End production of Chitty Chitty Bang Bang, certainly fits the bill.

“The show’s recent winter seasons have received consistently superb audience feedback and everyone at the Empire felt this show was one we wanted to bring to our customers over the Christmas period.”

White Christmas marks a return to traditional theatre shows after three consecutive years of pantomime at the Empire, which have featured US stars Pamela Anderson and Henry Winkler.

An Empire spokesperson said the decision to replace Snow White was not made in relation to ticket sales which were going well. 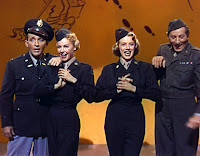