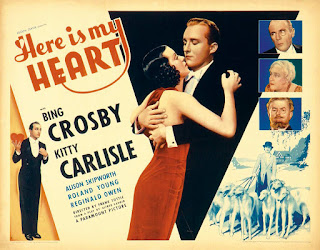 ModernBingFan0377 is back with an excellent review of a film that is forgotten among Bing fans - Here Is My Heart...

In my search for entertainment while being stuck at home, I've decided to check out some Bing films I haven't watched. The first film on the list is Here Is My Heart.

Here I am 9 minutes in, and so far so good. Bing's performances on "June In January" and duetting on "Love Is Just Around The Corner" with Claire, played by Marian Mansfield, were very enjoyable and arguably better than the Decca recordings. The plot so far is thin, with Bing as Jasper (J.) Paul Jones, a millionaire radio performer, who is going through his bucket list before performing again. He has already done 4 of the 5 'missions' per say on his bucket list. The last one is to present 2 Jones pistols to the U.S. Naval Academy, which were made by John Paul Jones (think Jimmy Van Heusen presenting Van Heusen shirts to Old Navy). He had just sailed out of Monte Carlo and had "saved" a 'damsel in distress', one of the things on his bucket list, and fished in the middle of the Atlantic Ocean, another thing on the list. He and the 'damsel in distress' hit it off when Jasper gets a telegram from Jimmy Smith that tells him the 2nd pistol is in Monte Carlo, so they start heading back.

When Jasper gets to Monte Carlo and the hotel he's staying at he gets "rejected" by a girl in the elevator. He goes to his hotel room and finds Jimmy Smith, played by William Frawley, who tells him that Princess Alexandra owns the pistol, but won't sell it to anyone, but a king or queen. Jasper stays in the hotel room and duets with himself on "June In January." A drunken waiter comes into his room with food that was ordered for another room. The waiter passes out after Jasper tells him off and follows him into the hallway. Jasper is mistaken for the waiter once a lady from the correct room comes out and finds him with the food. It just so happens the lady in the elevator was the princess, played by Kitty Carlisle, and keeps under cover as the waitor. Jasper is then sent out to find a tie and he steals one from the drunken waitor. Jasper keeps under cover as the waiter, but he also buys the hotel. The Royal Family staying at the hotel are revealed to be broke. 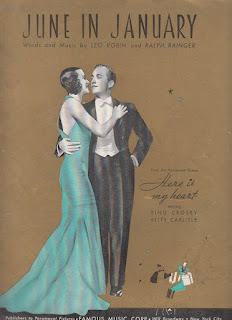 Jasper begins to give money to the Royal Family. They think he likes Alexandra, and Alexandra has him get tea for her. He sings a bit of "With Every Breat I Take" , and she likes it and has him come back to sing later. He kisses her which gets her mad so she gets a new waiter, which is just him in disguise. Prince Nicki, played by Roland Young, plots with Jasper to get her in love with him. The family wants the "other waitor" back, so he "comes back", but has to take care of the animals. While taking care if the parrots he has a wonderful performance of "Love Is Just Around The Corner" and the maid, played by Cecilia Parker a.k.a. Andy Hardy's sister in many of the Andy Hardy movies, falls in love. Jasper sings "With Every Breath I Take" again and the maid kisses him. Jasper gives away his original gun for the family and he reveals his identity to them. The Princess doesn't like Mr. Jones and leaves. Jasper and Nicki get tipsy after reading a note saying they'll never find her. Jasper goes back to the boat and finds that Claire bought a parrot fom a shop behind the cathedral. Jasper jumps out of the boat and finds Alexandra. Claire and Nicki get together and Jasper and Alexandra get together.

This movie was enjoyable. I would recommend this movie, but Kitty Carlisle's character was too snooty for my liking. The performances on many of the songs were better than the commercial recordings, to my liking anyways. Roland Young as the Prince was a good choice and William Frawley, despite not being in it much, was enjoyab;e when on screen. This movie isn't a masterpiece, but enjoyable for the hour and 16 minutes it's worth... 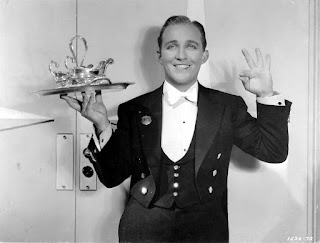 Posted by David Lobosco at 1:12 PM