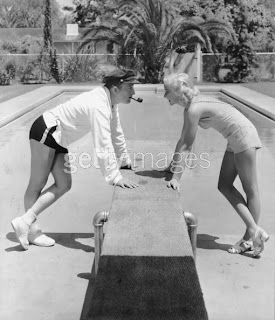 The estate of Bing Crosby’s first wife may have a community property interest in Crosby’s right of publicity under a 2008 law retroactively making such interests transferable, Los Angeles Superior Court Judge Michael I. Levanas ruled Friday.

Levanas, who issued a tentative ruling in favor of Dixie Lee Crosby’s estate last month, denied a motion for judgment on the pleadings brought by the Bing Crosby estate.

The judge agreed with the Dixie Lee Crosby estate that the interest should be considered newly-discovered property for probate purposes. But he also ruled that Crosby’s second wife, Kathryn Grant Crosby, may have am interest in the property and gave the first wife’s estate 20 days to name her in an amended petition.

Born Wilma Wyatt, actress and singer Dixie Crosby married Bing Crosby in 1930. She died of cancer in 1952 at age 40, predeceasing her husband, who died in 1977.

The pair had four sons: Gary, twins Dennis and Phillip, and Lindsay. Bing Crosby, who was born Harry Lillis Crosby, married his second wife in 1957; they had three children together.

In 1979, the California Supreme Court ruled in Lugosi v. Universal Pictures (1979) 25 Cal.3d 813 that an individual’s right of publicity “protects against the unauthorized use of one’s name, likeness, or personality.”

In 1984, the Legislature created a post-mortem right of publicity for deceased personalities, which could be willed or transferred. In 2007, however, federal judges in New York and California ruled that Marilyn Monroe could not have passed post-mortem rights of publicity through the residuary clause in her will because those rights did not exist when she died.

Later that year, however, Gov. Arnold Schwarzenegger signed a law expanding Civil Code Sec. 3344.1’s statutory right of publicity to be retroactive and transferable, even if the celebrity died before the 1984 law was enacted.

The law provided that where a deceased celebrity’s statutory heirs did not assert those rights on or before May 1, 2007, and there was no specific disposition of them in the testamentary instrument, the rights would pass under the instrument’s residuary clause.

Probate proceedings in Dixie Crosby’s estate were revived shortly thereafter, and her grandson, Philip Crosby’s son Bing, in May 2009 petitioned for ownership. He argued that Dixie Crosby’s community property interest in her husband’s publicity rights was now the property of her trust, pursuant to her will.

Opposing her petition, HLC Properties, Ltd., which was established to manage Bing Crosby’s assets after his death, argued that the petition was untimely.

HLC also contended that the claims were foreclosed by a detailed agreement between Bing and Dixie Crosby’s estates whereby Dixie Crosby’s estate received $1.5 million in exchange for warranting that all community property rights had been transferred and waiving any other obligations pre-dating the agreement or that the estate “might have.”

The petitioner, however, argued that the 1999 settlement merely resolved issues of money owed, and did not contemplate any question of ownership of publicity rights.

Levanas explained Friday that the legislation enacted in 2007 “rendered the decisions of the courts in [the Marilyn Monroe litigation] invalid and cut-off the rights of statutory heirs where there is a testamentary instrument with a residual clause.”

The new law “in effect caused a ‘reboot’ of” Sec. 3344.1 “with a January 1, 2008 effective date for a new statute of limitations period for testamentary heirs,” the judge said in a footnote.

The judge went on to say that because the 1999 agreement was confidential and not made a part of the record in the prior litigation, he could not consider it as part of the motion for judgment on the pleadings.

SOURCE
Posted by David Lobosco at 8:53 AM