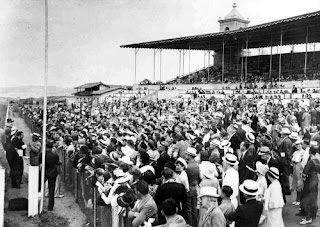 They took planes, they took trains, they took cars -- especially limousines, lots of limos. Some of them probably came on rollerblades and skateboards. They heard Bing Crosby croon about where the turf meets the surf, and I'm sure they downed plenty of cold refreshments.

The 72nd season of summer racing at Del Mar got started without me this year, my first opening-day pass in several years. There were some other regulars not attending opening day. No boycott or anything like that; more a matter of "been there, done that." Seen the funny, sometimes elegant hats, the beautiful women, the sports celebrities, the people more interested in being seen than seeing the races. But it's all part of what makes opening day at Del Mar so special.

It's not quite the place that's so crowded no one goes there anymore, but it's not a place for grumpy old men like me. That's why the Paulick Report sent out reinforcements to take my place this year in the form of my partner Brad Cummings and contributor John Scheinman, neither of whom has attended Del Mar previously. I'm looking forward to the video diary of their experiences at the seaside track and will be interested to see if their eyeballs popped out because of the attractive scenery.

As for me, I'll be there for the second week, when the form is a bit more established and the atmosphere is not quite so intense... 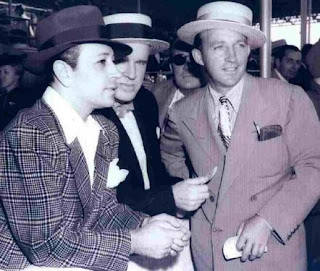