Bing Crosby is best remembered for his movie roles alongside such leading ladies as Grace Kelly and Rosemary Clooney. However, his co-star in the most films was the beautiful Dorothy Lamour. He appeared with Lamour in seven of the Road movies from 1940 to 1961 as well as the technicolor musical DIXIE in 1943. Lamour was one of the few actresses who could keep up with the comic styles of Crosby and Bob Hope.

Lamour was born Mary Leta Dorothy Slaton in New Orleans, Louisiana in 1914, the daughter of Carmen Louise (née LaPorte) and John Watson Slaton, both of whom were waiters. Lamour had French Louisianan, Spanish and Irish descent. Her parents' marriage lasted only a few years, with her mother re-marrying to Clarence Lambour, and Dorothy took his last name. That marriage also ended in divorce when Dorothy was a teenager.

In 1935, she had her own fifteen-minute weekly musical program on NBC Radio. She also sang on the popular Rudy Vallee radio show and the Chase and Sanborn Hour.

In 1936, she moved to Hollywood and began appearing regularly in films for Paramount Pictures. The role that made her a star was Ulah (a sort of female Tarzan) in The Jungle Princess (1936). She wore a sarong, which would become associated with her. While she first achieved stardom as a sex symbol, Lamour also showed talent as both a comic and dramatic actress. She was among the most popular actresses in motion pictures from 1936 to 1952. 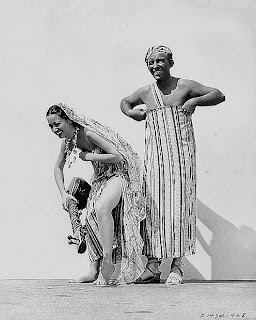 She starred in the "Road to..." movie series with Bing Crosby and Bob Hope in the 1940s and 1950s. The movies were enormously popular during the 1940s, and they regularly placed among the top moneymaking films each year. While the films centered more on Hope and Crosby, Lamour held her own as their "straight man", looked beautiful, and sang some of her most popular songs. Her contribution to the films was considered by the public and theater owners of equal importance to that of Crosby and Hope during the series' golden era, 1940-1952. The series essentially ended with the release of Road to Bali in 1952, with her career declining while co-stars Hope and Crosby remained major show business figures. 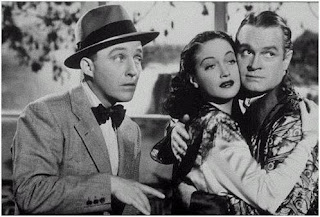 During the World War II years, Lamour was among the most popular pinup girls among American servicemen, along with Betty Grable, Rita Hayworth, Lana Turner and Veronica Lake. Lamour was also largely responsible for starting up the war bond tours in which movie stars would travel the country selling U.S. government bonds to the public. Lamour alone promoted the sale of over $21 million dollars worth of war bonds, and other stars promoted the sale of a billion more. 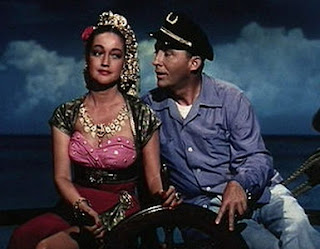 Dorothy Lamour starred in a number of movie musicals and sang in many of her comedies and dramatic films as well. She introduced a number of standards, including "The Moon of Manakoora", "I Remember You", "It Could Happen to You", "Personality", and "But Beautiful".

Lamour's film career petered out in the early 1950s, and she began a new career as a nightclub entertainer and occasional stage actress. In the 1960s, she returned to the screen for secondary roles in three films and became more active in the legitimate theater, headlining a road company of Hello Dolly! for over a year near the end of the decade.

Lamour's good humor and lack of pretension allowed her to have a remarkably long career in show business for someone best known as a glamour girl. She was a popular draw on the dinner theatre circuit of the 1970s. In the 1960s and 1970s, she lived with her longtime husband William Ross Howard III (whom she married in 1943), in the Baltimore suburb of Towson, Maryland. He died in 1978. Lamour published her autobiography My Side of the Road in 1980, revived her nightclub act, and performed in plays and television shows such as Hart to Hart, Crazy Like a Fox, and Murder, She Wrote. 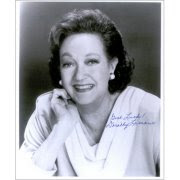 During the 1990s, she made only a handful of professional appearances but she remained a popular interview subject for publications and TV talk and news programs. Lamour died at her home in North Hollywood, California at the age of 81 from a heart attack on September 22, 1996. She was interred in the Forest Lawn, Hollywood Hills Cemetery in Los Angeles, California...
Posted by David Lobosco at 7:09 AM