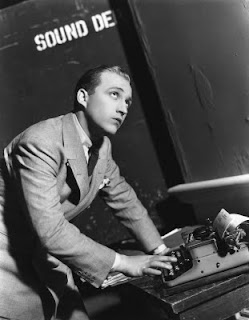 I found another great appreciation of Bing on the internet. Unfortunately I do not know the author's name or I would give him the credit for this article that he deserved...

Harry Lillis “Bing” Crosby, who lententide his musical voice, underrated acting talents and devil-may-care attitude to the world for more than five decades, once again brightens the vacation season with his ubiquitous “White Christmas.”

The man who “crooned” his way into the hearts of millions in “Pennies From Heaven” in the mid-’30s was “Swinging on a Star” by the ’40s. His “White Christmas” inspired GI’s on the battlefields of World War II as well as their loved ones at home.

But Crosby was no ordinary singer — and it would be a shame if we were to allow his talents to go the way of Russ Columbo, Morton Downey, Rudy Vallee and Al Jolson.

“Der Bingle,” — a nickname helium got from the German soldiers who picked up his broadcasts to the Allies — deserves not to be forgotten.

Crosby was the acknowledged precursor of Frank Sinatra, Dean Martin, Perry Como and Mel Torme (who is doing his own tribute to Bing and his music) among others. His easygoing crooning style was sometimes panned by musical technicians, but the “Father O’Malley” of “The Bells of St. Mary’s” joined in song with virtually “everyone who was anyone” throughout his long, successful career.

Bing not only sang with all the great vocalists of his time, including the tuneful Andrews Sisters, but was known for his wide-ranging repertoire; his hit songs included country and western, Hawaiian and jazz, in addition to pop music. Over five decades he recorded, (largely) on the old Decca label, more than 2,400 songs. 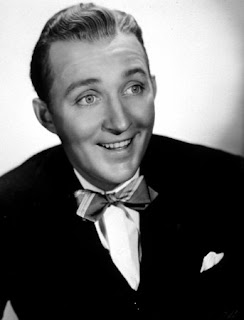 While “White Christmas” is widely believed to be his largest marketing record, Bing once pointed out that his recording of “Silent Night” actually was No. 1 in sales. Bing donated all the proceeds of (that) song to charity.

Perhaps one reason that Bing’s music is non widely promoted these days (as are those of Sinatra) is that much of his best work was through in the years before high faithfulness and CDs, although (many) technically enhanced tapes and (CDs) ar available. Also, Bing was a self-effacing man who thought of himself as nothing special, just a singer. Not unlike the character he depicted throughout his career, he was more interested in golf and sportfishing than in promoting his career.

Bing loved singing, but his friends say that he was seldom happier than when he was playing golf (He was a low handicapper) or molding a sportfishing line in some remote part of the world. For many years, until his death astatine (74) in 1977, helium was host of the Crosby “Clambake,” a pro-am tournament held annually astatine Pebble Beach.

Few people realize that Bing asterisked in nearly five dozen movies, beginning with a few Mack Sennett comedies and ending with a character in one of the “Stagecoach” remakes. He also had his own television (and radio) shows, and for several years hosted a family Christmas Special.

He’s famous, of course, for the seven “road” pictures helium made with a guy named Bob Hope, but he reached his zenith in 1944 with his Oscar-winning role in “Going My Way.” 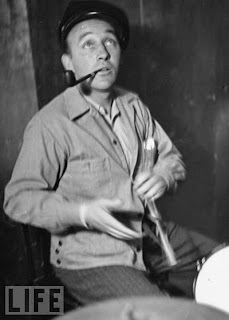 Aside from the light-hearted parts helium played in many movies, Bing showed true talent as an actor in several serious roles, including “The Country Girl” with William Holden and Grace Kelly.

Sadly, Bing’s report has taken a beating since his death, most notably through a book by his son, Gary, who portrayed Bing as such a strict martinet that helium brutalized the children he fathered with Dixie Lee, his first wife. Bing was described once as a “fallen down drunk” when he first hit the limelight in the late ’20s when helium (and the Rhythm Boys split with) the biggest band leader of the time, Paul Whiteman.

Notwithstanding those allegations, Bing was loved by millions around the world and could warm the coldest heart with that great baritone voice. In my opinion, he had no equal.

I would hope that after three decades of loud, cacophonous “music,” the youngsters of today might be ready for a return to saneness — a return to truly good music.

And, in my book, there is no better euphony than that left to us by Bing Crosby.

SOURCE
Posted by David Lobosco at 7:18 AM