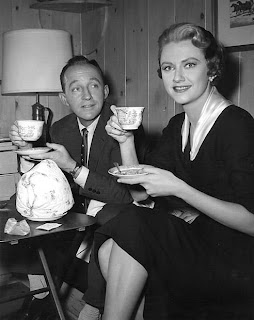 You may not fully recognize the name Mary Fickett, but she appeared opposite Bing Crosby as his ex wife in Man On Fire in 1957. Mary Fickett, who also for decades played nurse Ruth Martin on "All My Children" and in 1973 won the first Emmy Award given to an actress in a daytime drama after her character made an impassioned anti-Vietnam War speech, has died. She was 83.

Fickett, who also acted in theater, film and prime-time television, died Thursday at her home in Callao, Va. ABC spokeswoman Jori Petersen confirmed Fickett's death, but the cause was not given.

When Ruth Martin's adopted son Phil Brent (played by Richard Hatch) was sent to Vietnam, she expressed her misgivings about the war and her concerns for his safety. Fickett's performance resulted in an Emmy in 1973, the first year the award was given to individual actors in daytime dramas.

Fickett was one of the ABC soap opera's original cast members, along with Susan Lucci as Erica Kane, Ruth Warrick as Phoebe Tyler and Ray MacDonnell as Dr. Joe Martin, who became Fickett's on-screen husband. Fickett appeared on the show from 1970 to 1995 and again from 1998 to 2000 (actress Lee Meriwether took over the role of Ruth Martin in her absence).

Although the serial's plot lines followed the ups and downs of its ever-evolving cast in fictional Pine Valley, Pa., some characters remained familiar touchstones for its loyal following.

"There has to be some core around which other people disintegrate and come together again," Fickett said in a 1995 Times story. "If the place were in chaos all the time, you wouldn't have some place to bounce off of. They've had problems — Ruth was raped, and she had an affair — but viewers want to believe that there is a core."

"All My Children," which ABC announced is going off the air Sept. 23, has dedicated its Sept. 21 episode to Fickett.

Born May 23, 1928, in Bronxville, N.Y., Fickett had an early introduction to show business. Her father, Homer, was a radio producer and director.

After attending Wheaton College and studying acting at the Neighborhood Playhouse, Fickett made her Broadway debut in 1949 in "I Know My Love." In subsequent Broadway shows in the 1950s, she replaced Deborah Kerr in "Tea and Sympathy" and received a Tony nomination for her role as Eleanor Roosevelt in "Sunrise at Campobello." 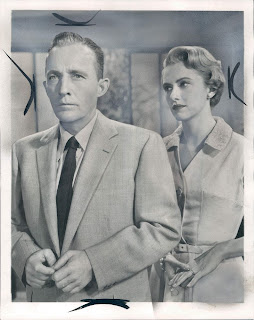 Fickett's first film role came in 1957, when she starred opposite Bing Crosby in the divorce drama "Man on Fire."

She found steady work in television in the 1950s and '60s, including the anthology programs "Kraft Theatre," "Armstrong Circle Theatre" and "The United States Steel Hour," as well as "The Edge of Night," "The Nurses" and other prime-time series. When "The Nurses" was turned into a daytime drama in 1965, she continued her role. 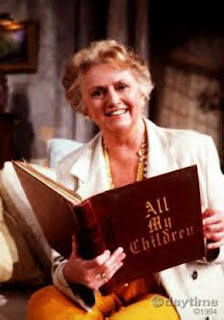 Posted by David Lobosco at 7:29 AM