BING AND THE HOLLYWOOD WALK OF FAME 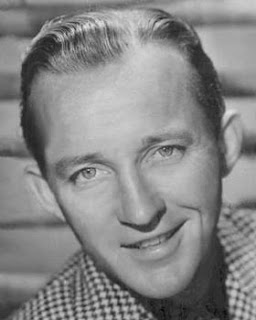 Bing Crosby, who began life as a penny-grubbing grammar school truant, sang and acted his way to riches and into the hearts of millions all over the world.

Crosby's career was one of the most successful in the history of show business. He made 58 motion pictures, broadcast an untold number of radio shows and sold more than 300 million records.

His popularity never waned during the 50 years he was a performer. In an American personality poll in the 1940s, he beat out Gen. Dwight D. Eisenhower, President Harry S. Truman and the pope for the rating of the most popular man in the world.

His trademarks were his pipes, golf clubs, race horses and colorful sports shirts. He sang in a rich Irish baritone and, especially during his early days, interspersed his ballads with "bub-bub-bub-boo" and a variety of whistling.

He won a 1944 Academy Award for his portrayal of a priest in the film "Going My Way." But his favorite movie, he once said, was "High Society," which he made in 1956 with Grace Kelly, Frank Sinatra and Louis Armstrong...