GUEST REVIEWER: EAST SIDE OF HEAVEN 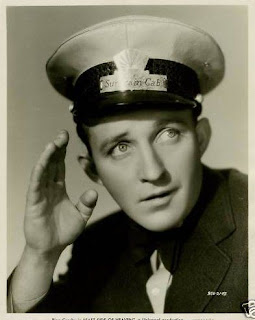 Bruce Kogan is back with a review of the underrated Bing gem, EAST SIDE OF HEAVEN. Bing was loaned out to Universal for this one...

East Side of Heaven is one of two pictures Bing Crosby did for Universal. In exchange. I believe Paramount got the services of Allan Jones for The Great Victor Herbert and Honeymoon in Bali. Crosby's second film for Universal was If I Had My Way.

This one for Universal was done on the same skimpy budget that Paramount normally gave 1930s Crosby vehicles. But loan outs are good to see because you get a chance to watch a leading star with players that are not from his home base. Crosby gets a spirited leading lady in Joan Blondell in their one and only film together. Similarly he has supporting players like Mischa Auer, Irene Hervey, C. Aubrey Smith and Jerome Cowan who are all very good and also never worked with Crosby again.

Crosby is first a singing telegraph messenger and later a singing taxi driver who's going out with Joan Blondell and she's a switchboard operator at a radio station. Jerome Cowan who plays a Walter Winchell like columnist has eyes for her. An old friend of Bing's, Irene Hervey who married a wealthy heir, deposits her baby with Bing while she sorts out her marital problems caused by her meddling father-in-law, C. Aubrey Smith. The baby is believed kidnapped and the fun begins. 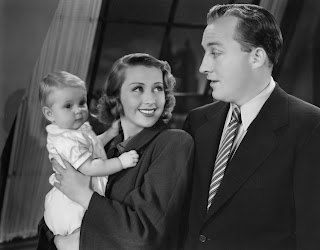 Bing has four good songs to sing, written by Jimmy Monaco and Johnny Burke. Two of his patented philosophical numbers, Sing a Song of Sunbeams and Hang Your Heart on a Hickory Limb, a ballad East Side of Heaven and the hit of the movie That Sly Old Gentlemen sung to put Baby Sandy to sleep.

The plot involving a potentially kidnapped baby was very relevant with the news of the Lindbergh baby fresh in everyone's mind. Fortunately all is righted at the end. 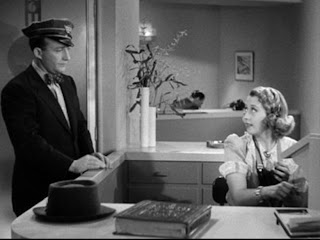