WHATEVER HAPPENED TO BING CROSBY - PART 4 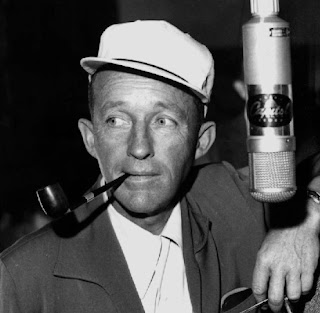 By the 50’s, a new generation of Americans was transferring its musical loyalties to a very different kind of singer. Frank Sinatra started out as a “high Bing Crosby,” but quickly developed into something more: singing with the big band of Tommy Dorsey, he brought to the ballads of the 40’s a vulnerability that teenagers found irresistible. Like Crosby, he weathered a vocal crisis from which he emerged with a lower, darker voice, but it made him more rather than less interesting. The Sinatra of the 50’s sang with a sharp edge of sexuality and aggression, while his youthful vulnerability deepened into a quality bordering at times on outright despair.

Sinatra’s emotional candor stands in stark contrast to the impenetrable reserve of Crosby, who once famously told the lyricist Johnny Burke not to write songs for him that contained the phrase, “I love you.” Unlike Sinatra, he was never a confessional artist, and the intensity he brought to his early recordings of ballads like “Stardust” was musical rather than dramatic. (To put it another way, he sang songs, not monologues.) Revealingly, he preferred the middle-of-the-road backing of John Scott Trotter’s studio orchestras to the harder-swinging, harmonically sophisticated arrangements that Nelson Riddle created for such classic Sinatra albums of the 50’s as Songs for Swingin’ Lovers and Only the Lonely. 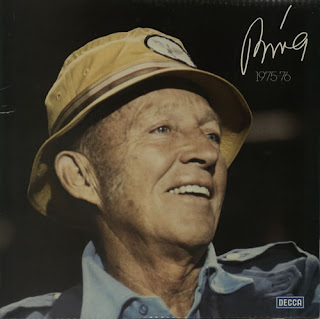 The 50’s continue to be portrayed in the media as a decade of mindless conformity, but they were actually a time of considerable cultural volatility, nowhere more so than in popular music and jazz. While the comforting sound of Bing Crosby’s balladry remained reassuring to many Americans, others were looking for something more emotionally challenging, and Sinatra’s confessionalism, like the deceptively “cool” jazz of the trumpeter Miles Davis, suited their mood perfectly.

To the end of his life, Crosby continued to make records and appear on radio and TV, and he never lost his ability to swing. (“Bing had the beat, the absolute best time,” said the drummer Jake Hanna. “You just followed him and he carried you right along.”) But his way of making music had become unfashionable, and because the middle-aged Crosby was the only one whom younger listeners knew, they came to see him as a symbol of everything they held in contempt. 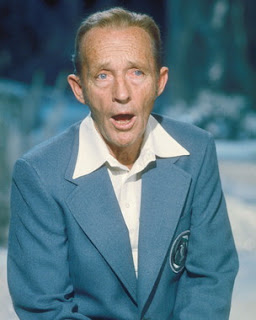 As Giddins puts it: He was known to [the postwar generation] as a faded and not especially compelling celebrity, a square old man who made orange-juice commercials and appeared with his much younger family on Christmas telecasts that the baby boomers never watched. . . . They would have been amazed to learn how advanced, savvy, and forceful a musician he had been in his prime.

Fortunately, the other Bing Crosby—the greater Crosby—lives again in the first half of A Pocketful of Dreams, and on the best of the hundreds of records he made between 1927 and 1936. “As far as I am concerned,” Crosby said in 1960, “with the exception of a phonograph record or two, I don’t think I have done anything that’s really outstanding or great or marvelous or anything that deserves any superlatives.” In fact, he was a nonpareil jazz singer who has been unfairly written out of the history of the music he helped to shape, as well as a balladeer of magical sensitivity and irresistible vitality. In helping to restore him to life, and despite certain deficiencies in musical understanding, Gary Giddins has done an inestimable service to American music... 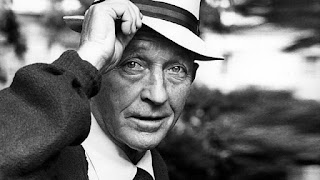 a href="https://www.commentarymagazine.com/articles/whatever-happened-to-bing-crosby/">SOURCE
Posted by David Lobosco at 6:20 AM