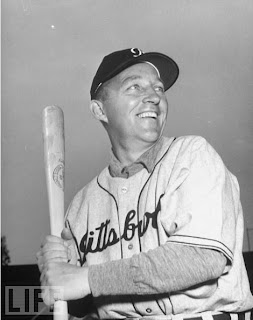 The discovery of a copy of the broadcast of Game 7 of the 1960 World Series in Bing Crosby’s former wine cellar led some readers to raise an interesting question: if Major League Baseball owns the copyright to World Series broadcasts, why did it have to pay the Crosby estate for the rights to televise the game on the MLB Network in December and release a DVD? Matt Bourne, a spokesman for M.L.B., said that baseball’s contract with NBC at the time granted the game’s copyright to the office of the baseball commissioner.

So what did baseball buy that it did not own? “We purchased from the Bing Crosby estate what we understand is the only physical copy of the game,” Bourne said. The Crosby estate “maintains possession” of the five kinescope reels made of the game, he added, but “cannot exploit them for commercial gain and cannot sell them for additional copies to anyone else.” Only baseball will benefit financially from the DVD sales, Bourne said. Philip Hochberg, a Washington-based sports and communications lawyer, said in an e-mail: “Baseball in essence bought access to the sole copy and is now going to air and copyright the telecast on MLB Network, which will actually be something different than what Crosby owned (because of the various additional elements which will go into the telecast).” Bob Costas is to host the presentation of the game and will presumably interview some of the participants.
Posted by David Lobosco at 6:30 AM