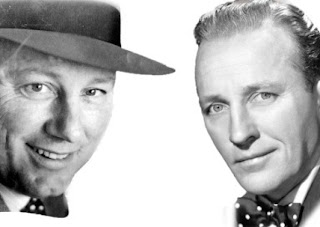 A SHARED love for the game of golf bonded Howard Crosby and his late Uncle Bing, but a love for music discovered in later life has seen the nephew attempt to emulate the legendary crooner.

Howard Crosby will perform at the Irish World Academy of Music and Dance in UL this Friday in aid of the Derry based charity Children in Crossfire. The charity’s founder, Richard Moore, was behind the visit of the Dalai Lama to UL.

Crosby will perform old Bing favourites as well as sharing anecdotes and stories about his famous relation, who had strong Irish roots.

“This whole idea sprung from a friend of mine in Dublin, who saw that we did a show in the UK last year which was very well received,” explains Howard, a 60-something native of Spokane, Washington, where Bing was also from.

“We were asked to come to Ireland because he is a friend of Richard Moore of Children in Crossfire. We have done the show for charities in the States and in England and it will be pretty much the same show, with a few additions that are designed to stir the Irish spirit if you will, some of the Irish songs that my uncle recorded years ago,” explains Howard.

Bing and Howard’s father’s own grandparents emigrated from Schull in Cork in 1870 and there was always a strong tradition of music in the family. Howard, however, didn’t take up singing until later life, and is a successful businessman in his own right.

“As I like to tell people, if your uncle is Bing Crosby, you need to find another line of work, which I did,” he laughs. “I started out singing in a church choir when I was in my mid-20s and the next thing you know they had made a soloist out of me and pretty soon after that I was singing and performing more and more. I will say that it is true that anywhere I sing some of his songs, it is in the same key as Uncle Bing, so let’s just leave it at that,” he smiles.

While Howard’s heritage ties him to Hollywood royalty, he shares more with his late uncle than a love of golf and his talent is no mere mimicry, having performed in London, Dublin and the US, singing jazz and contemporary American classics as well as Bing favourites.