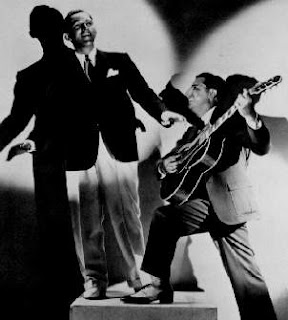 Even though Eddie Lang has been dead well over 75 years, I am continue to be amazed by his ability and talent on a guitar. Had he lived longer, Lang would have been the greatest guitarist of all time. A friend of Bing's, Lang played an important role in Bing's early recordings, and he would have also remained an important person in Bing's career as well.

Eddie Lang was born on October 25, 1902 and was regarded as Father of Jazz Guitar. Lang was born Salvatore Massaro, the son of an Italian-American instrument maker in Philadelphia, Pennsylvania. At first, he took violin lessons for 11 years. In school he became friends with Joe Venuti, with whom he would work for much of his career. He was playing professionally by about 1918, playing violin, banjo, and guitar. He worked with various bands in the USA's north-east, worked in London (late 1924 to early 1925), then settled in New York City. Eddie Lang was the first important jazz guitarist. He was effectively able to integrate the guitar into 1920s jazz recordings. He played with the bands of Joe Venuti, Adrian Rollini, Roger Wolfe Kahn and Jean Goldkette in addition to doing a large amount of freelance radio and recording work.

On February 4, 1927 Eddie Lang featured in the recording of "Singin' the Blues" by Frankie Trumbauer and His Orchestra featuring Bix Beiderbecke on cornet. Lang trades guitar licks while Beiderbecke solos on cornet in a memorable landmark jazz recording of the 1920s. In 1929 he joined Paul Whiteman's Orchestra, and can be seen and heard in the movie The King of Jazz. In 1930, Eddie Lang played guitar on the original recording of the jazz and pop standard "Georgia On My Mind", recorded with Hoagy Carmichael and His Orchestra. Joe Venuti and Bix Beiderbecke also played on this recording. When Bing Crosby left Whiteman, Lang went with Bing as his accompanist and can be seen with him in the 1932 movie Big Broadcast. Lang also played under the pseudonym Blind Willie Dunn on a number of blues records with Lonnie Johnson. Lang died following a tonsillectomy in New York City in 1933 at the age of thirty. He had been urged by Bing Crosby to have the tonsillectomy so that he might have speaking parts in Crosby's films.

Lang's voice was chronically hoarse, and it was hoped that the operation would remedy this. It is unclear exactly what the cause of death was, but it is thought that uncontrolled bleeding played a role. It was said that when Lang died, Bing sobbed uncontrollable, which was unusual for Crosby to show that emotion. Many people have said that Bing was never the same after Eddie Lang passed away. 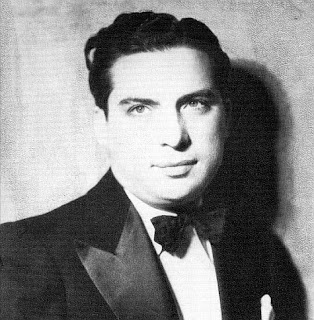 For more information on the great Eddie Lang, I would recommend going to www.eddielang.com!