PHOTOS OF THE DAY: BING AND FEMALE SONGBIRDS

During Bing's 50 year career, he sang with great jazz artists, talented musicians, and accomplished fellow singers. Unlike Sinatra, Bing excelled in duets and could sing with nearly anyone. I collected a few photos that I thought would be interesting, showing Bing appearing with some of the truly great female songbirds...

This is my favorite picture of Bing with The Boswell Sisters. It is great he recorded with Connee Boswell often throughout his career, but it is a shame he did not record with the Boswell Sisters more: 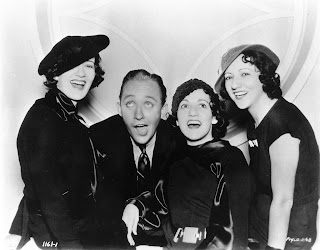 Bing and Dinah Shore never recorded together, but they did do some USO tours together during World War II: 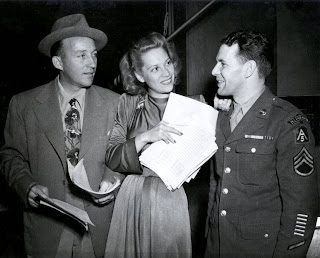 Bing and Judy Garland made a handful of recordings together while they both were at Decca, and Bing helped out Judy often when she was down by getting her to appear on his radio show. This picture shows both of them at the top of their game: Another great duet pair was Bing and Peggy Lee. They had a long history of working together on radio, on records, and they even appeared together in the movie MR. MUSIC, which this picture is taken from: 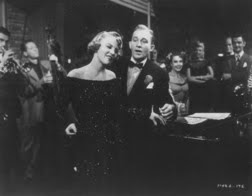 This final picture is Bing and the great Dame Vera Lynn. It is from 1975 when he appeared on Vera's variety show. They sang the popular song of the time "Sing", and I wish they had recorded together: 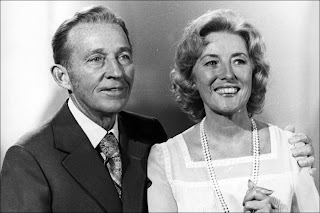