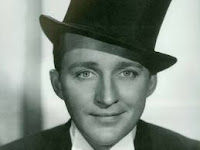 To hear Bing Crosby talk was almost as great as to hear him sing. He had such a command of the English language. Here are some quotes and sayings attributed to Bing. Whether or not he said them all may never be known, but his he had a way with words...

(his reported last words) "That was a great game of golf, fellas."

"Frank (Frank Sinatra) is a singer who comes along once in a lifetime, but why did he have to come in mine?"

"I think popular music in this country is one of the few things in the 20th century that have made great strides in reverse."

"Honestly, I think I`ve stretched a talent which is so thin it`s almost transparent over a quite unbelievable term of years."

(his own epitaph) "He was an average guy who could carry a tune."

"Once or twice I`ve been described as a light comedian. I consider this the most accurate description of my abilities I`ve ever seen."

(in 1954) "I don`t sing anywhere as good as I used to, and I feel sincerely that it`s getting worse. I don`t see any purpose in trying to stretch something out that was once acceptable and that now is merely adequate, if that."

(on Bob Hope) "Hope? He`s got more money on him than most people have in banks"

(on Judy Garland) "The most talented woman I ever knew was Judy Garland. She was a great, great comedienne and she could do more things than any girl I ever knew. Act, sing, dance, make you laugh. She was everything. I had a great affection for her. Such a tragedy. Too much work, too much pressure, the wrong kind of people as husbands." 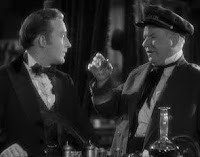 (on W.C. Fields) "His comedy routines appeared spontaneous and improvised, but he spent much time perfecting them. He knew exactly what he was doing every moment, and what each prop was supposed to do. That "my little chickadee" way of talking of his was natural."

(on Fred Astaire) "When you`re in a picture with Astaire, you`ve got rocks in your head if you do much dancing. He`s so quick-footed and so light that it`s impossible not to look like a hay-digger compared with him."

(on Grace Kelly) "She`s a great lady, with great talent and kind, considerate, friendly with everybody. She was great with the crew and they all loved her."

(on his phenomenally successful single "White Christmas") "A jackdaw with a cleft palate could have sung it successfully."

"My golf is woeful but I will never surrender."

"Unless we make Christmas an occasion to share our blessings, all the snow in Alaska won`t make it white." 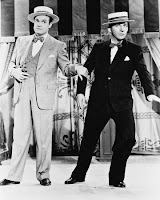 "Aloha on the steel guitar"
Posted by David Lobosco at 7:07 AM