According to my wife, I like anything that was made before 1950. I guess to a degree, that is true. I do gravitate to anything nostalgic or sentimental, but there are some older stars that I just never really get. It's not that I do not like them, I just do not understand their appeal. One of those forgotten so-called nostalgic stars was radio comedian Bob Burns. Burns played a novelty musical instrument of his own invention, which he called a "bazooka". During World War II, the US Army's handheld anti-tank rocket launcher was nickamed the "bazooka".

He was born Robin Burn on August 2, 1890 in Greenwood, Arkansas. When he was three years old, his family moved to Van Buren, Arkansas. As a boy, Burns played trombone and cornet in the town's "Queen City Silver Cornet Band". At 13, he formed his own string band.  Practicing in the back of Hayman's Plumbing Shop one night, he picked up a length of gas pipe and blew into it, creating an unusual sound. With modifications, this became a musical instrument he named a "bazooka" (after "bazoo", meaning a windy fellow, from the Dutch bazuin for "trumpet"). A photograph shows him playing his invention in the Silver Cornet Band. Functioning like a crude trombone, the musical bazooka had a narrow range, but this was intentional. Burns also studied civil engineering and worked as a peanut farmer, but by 1911 was primarily an entertainer.

During World War I Burns enlisted in the United States Marine Corps. He sailed to France with the Marine 11th Regiment. As a sergeant, he became the leader of the Marine Corps's jazz band in Europe. Burns made another "bazooka" from stove pipes and a whiskey funnel, which he sometimes played with the Corps band. After the war, Burns returned to the stage, often playing the bazooka as part of his act. He used it as a prop when telling hillbilly stories and jokes. Burns became known as The Arkansas Traveler and The Arkansas Philosopher. His stage persona was a self-effacing, rustic bumpkin with amusing stories about "the kinfolks" back home in Van Buren.

In 1930, Burns auditioned for a major Los Angeles radio station. He had prepared a 10 minute performance, but was asked to do 30 minutes, which he filled out with improvised stories and bazooka tunes. The managers did not care for his prepared material, but were impressed by his improvised material. Burns was hired. He appeared on an afternoon show, "The Fun Factory", as a character called "Soda Pop". 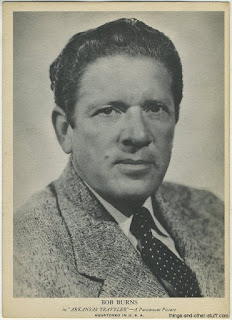 In 1935, on a visit to New York, Burns asked bandleader and radio star Paul Whiteman for an audition. Whiteman put Burns on his nightly show, the Kraft Music Hall, which was broadcast nationally; Burns was a big hit. Burns also became a regular on Rudy Vallee's show The Fleischmann Hour. Burns returned to Los Angeles in 1936, where Kraft Music Hall was now hosted by Bing Crosby. Burns was a regular, playing the bazooka and telling tall tales about his fictional hillbilly relatives, Uncle Fud and Aunt Doody.

Bob Burns was the host of The 10th Academy Awards held on March 10, 1938 at the Biltmore Hotel in Los Angeles, California. Originally scheduled to be held on March 3, 1938, the ceremony was postponed due to heavy flooding in Los Angeles. In 1941, Burns was given his own radio show, called The Arkansas Traveler (1941-43) and he followed that up with The Bob Burns Show (1943-47).

His last performance was on January 30, 1955, on The Ed Sullivan Show (then called Toast of the Town). Bob left show business in the earlt 1950s though. A wealthy man from his land investments, Burns spent his final years on his 200-acre model farm in Canoga Park, California. Married three times, Bob Burns also had three children. (At one time he was married to entertainer Judy Canova). Burns sadly died of kidney cancer in Encino, California on February 2, 1956, at the age of 65. He is not very well remembered today, but his homespun humor was part Will Rogers and part Jed Clampett. Even though I never thought he was overly funny, he was a popular fixture, especially in radio in the late 1930s and early 1940s... 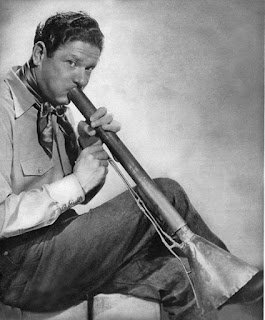 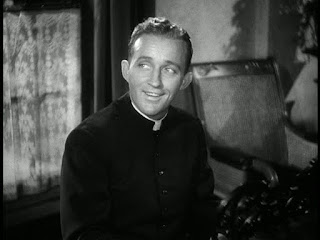 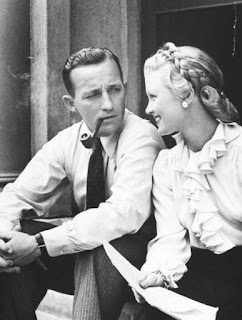 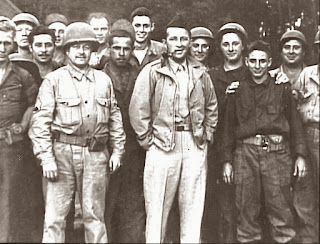 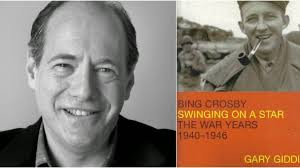 PHOTOS OF THE DAY: BING AND LOUIS ARMSTRONG

Bing had a lifelong admiration for jazz great Louis Armstrong (1901-1971). Despite the racial tensions in Hollywood back then. Bing tried to work with Amrstrong as much as possible. These photos show there was definitely a mutual admiration society going on... 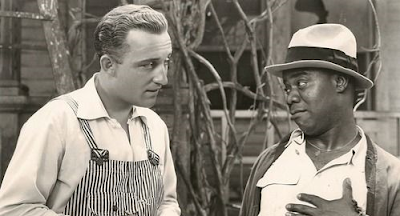 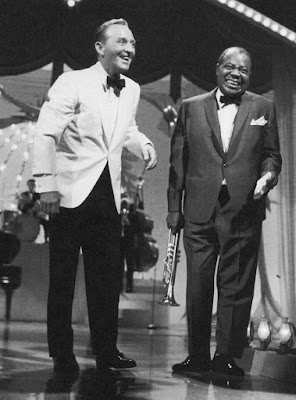 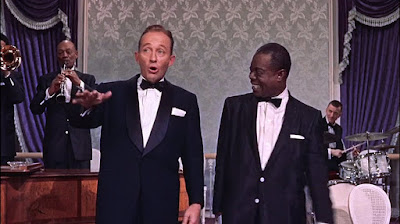 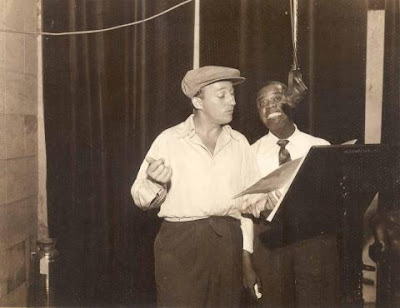 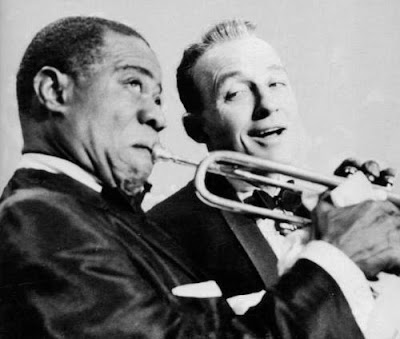 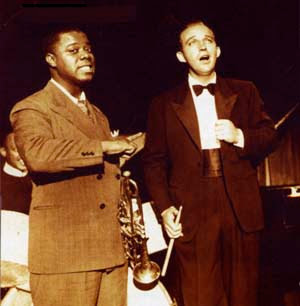 Posted by David Lobosco at 12:06 PM No comments: 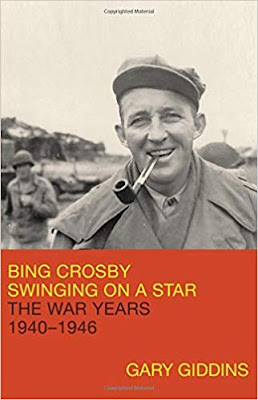 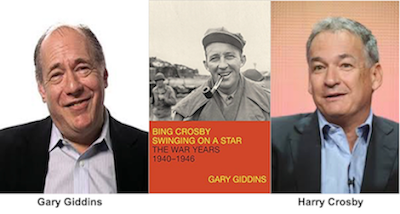 To purchase a copy click HERE
Posted by David Lobosco at 12:31 PM No comments: