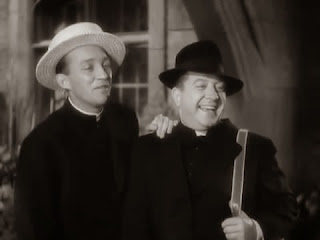 Frank McHugh is another one of those characters, where you know his face but maybe not his name. I remember him most from his role as another priest alongside Bing Crosby and Barry Fitzgerald in Going My Way (1944).

Born in Homestead, Pennsylvania on May 23, 1898, McHugh came from a theatrical family. At age ten, Frank McHugh began performing in his parent's stock company, side by side with his siblings Matt and Kitty. Another brother, Ed, became a stage manager and agent in New York.

By age 17, McHugh was resident juvenile with the Marguerite Bryant stock company. Extensive vaudeville experience followed, and in 1925 McHugh made his first Broadway appearance in The Fall Guy; three years later, he made his movie debut in a Vitaphone short. Hired by Warner Bros. for the small role of a motorcycle driver in 1930's The Dawn Patrol, McHugh appeared in nearly 70 Warners films over the next decade. He was often cast as the hero's best pal or as drunken comedy relief; his peculiar trademark was a lightly braying laugh. Highlight performances during his Warners tenure included Jimmy Cagney's pessimistic choreographer in Footlight Parade (1933), "rude mechanical" Quince in A Midsummer Night's Dream (1935), an erstwhile poet and horserace handicapper in Three Men on a Horse (1936) and a friendly pickpocket in One Way Passage (1932) — a role he'd repeat word-for-word in Till We Meet Again, 1940 remake of Passage. One of the biggest movies he was in was Roaring Twenties (1939) with Jimmy Cagney. 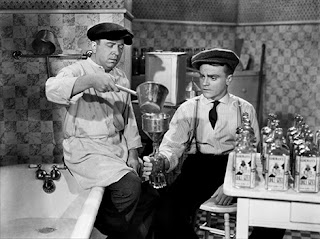 He appeared in over 150 films and television productions and worked with almost every star at Warner Bros. By the 1950s, his film career had begun to decline, as evinced by his smaller role in Career (1959). From 1964 to 1965, he played the role of Willie Walters, a live-in handyman on ABC's sitcom, The Bing Crosby Show. Reportedly Bing insisted he be cast alongside him. His last television appearance was as Charlie Wingate in the episode "The Fix-It Man" on CBS's Lancer western series. McHugh played a handyman in that role too.

McHugh was married to Dorothy Spencer. He had three children and two grandchildren.

Frank McHugh's last film role was in the Elvis Presley film Easy Come, Easy Go(1967). He basically left Hollywood for the next decade. He died on September 11, 1981...largely forgotten for the great supporting roles he starred in... 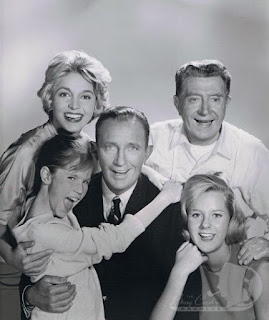 Posted by David Lobosco at 10:34 AM No comments: 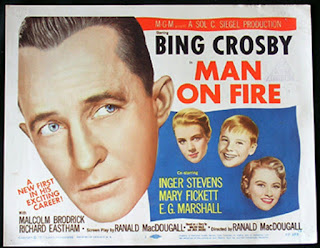 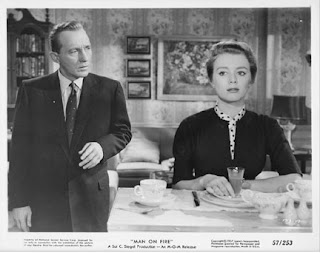 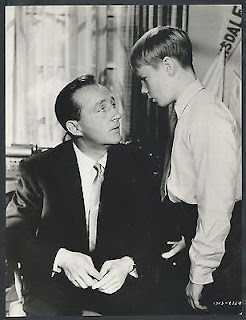 A TRIP DOWN MEMORY LANE - EPISODE 1

Welcome to my first episode of my You Tube show - titled as you guessed it A Trip Down Memory Lane. From time to time I will do a little 30 minute episode highlighting some of the great stars of our times. For this first episode I will count down my five favorite male singers. I hope you enjoy it, and I encourage comments and suggestions...

The decade of the 1940s was marked by the horrors of World War II. However, Bing owned the 1940s. He was the biggest star of that decade, the most widely beloved American, and was the most recorded human voice. Bing was at the height of his career in the 1940s as theses photos show... 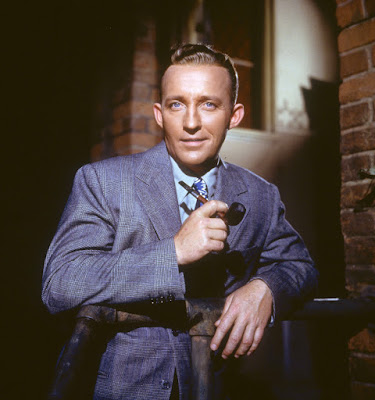 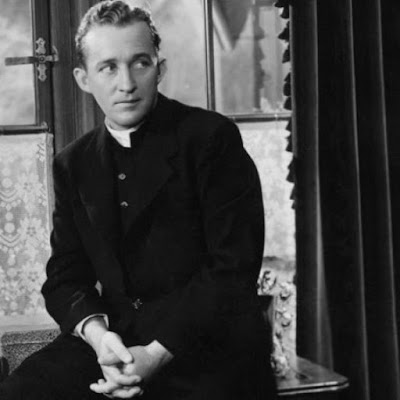 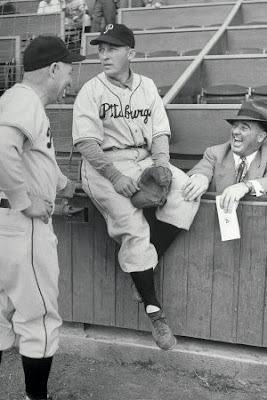