PHOTOS OF THE DAY: BING AND CAROL BURNETT

Two of my favorite entertainers of all time were Bing Crosby and Carol Burnett. They only worked together in television, but I wish they would have done more projects together. Thankfully we have some memories of their times together... 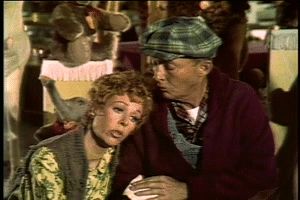 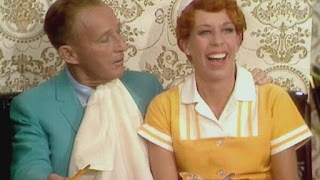 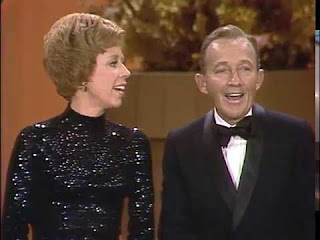 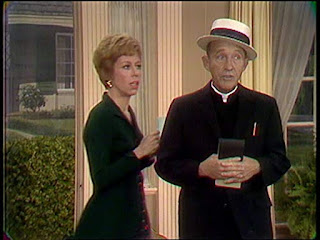 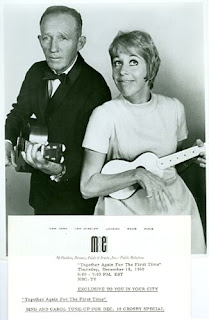 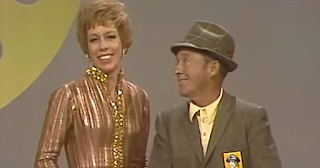 Posted by David Lobosco at 9:31 AM No comments:

Posted by David Lobosco at 5:41 AM No comments:

On August 23rd - Universal will be releasing three new Bing movies on DVD!

Description: Bing Crosby stars in this light and lively musical version of Mark Twain's timeless comedy. Der Bingle is a turn-of-the-century blacksmith who is knocked unconscious only to awaken in sixth-century Camelot. But thanks to some American know-how, the crooner is quickly hailed as a wiz of a wizard and granted the right to teach Rhonda Fleming, the King's fetching niece, some decidedly contemporary romantic tricks. Alas, there's trouble afoot when Bing locks "magical" horns with the all-powerful Merlin and is challenged to a joust by Sir Lancelot for the hand of the beautiful princess! Co-starring Sir Cedric Hardwicke and William Bendix, the classic fantasy also features a marvelous score by Jimmy Van Heusen and Johnny Burke, along with such hits as "Busy Doing Nothing" and "Once and for Always."

Welcome Stranger
Description: Academy Award winners Bing Crosby and Barry Fitzgerald re-team in Welcome Stranger - their follow-up film to Best Picture winner Going My Way. Dr. McRory (Fitzgerald) is a crotchety old physician who decides to take his first vacation in years. He requests a substitute doctor and gets Jim Pearson (Crosby), a brash young man who immediately rubs him the wrong way. So Dr. McRory decides to forget the vacation and stay home to protect his practice. This puts the two men at each other's throats -- and the fun begins! Filled with classic Bing Crosby songs, this heartwarming comedy gem is just what the doctor ordered.


Here Is My Heart
Description: Bing Crosby, Kitty Carlisle and Roland Young star in Here is My Heart, a delightful musical comedy about the outrageous lengths people will go to fall in love! Popular singer Jasper Jones (Crosby) is known to many but not to woman he wants to meet most Russian Princess Alexandra (Carlisle). While in the French Riviera, Jasper pretends to be a penniless waiter to get closer to the princess in an attempt to win her affections. Featuring several great songs by Bing Crosby including "Love is Just Around the Corner'' and "June in January", this elegant romance showcases all the crazy things we do for love.
SOURCE 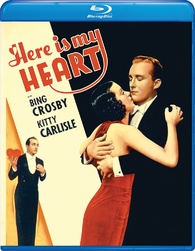 Posted by David Lobosco at 5:39 AM No comments: