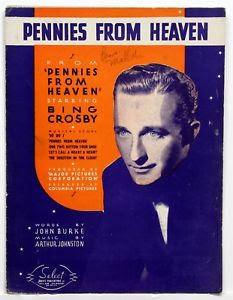 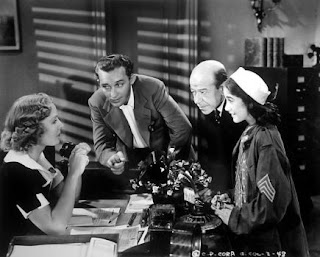 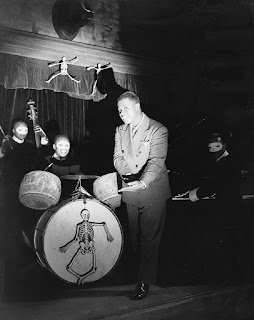 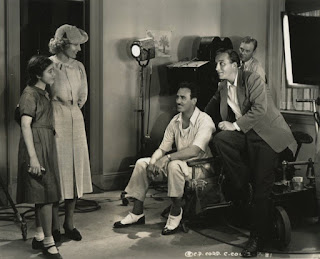 Posted by David Lobosco at 7:36 AM No comments:

BING IN HOLLYWOOD: PENNIES FROM HEAVEN - PART ONE 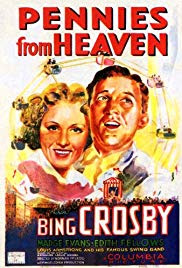 This past December, my Grandfather would have turned 90. As a tribute to him, I watched his favorite Bing Crosby movie 1936’s Pennies From Heaven. I remember for the longest time this film was not available on video and DVD, and my Grandfather was overjoyed when it was released. I personally think that this is the first Bing movie that showed the depth of Bing’s acting. The title song was also a favorite record of both my Grandfather and myself. Being raised in the Great Depression, to my Grandfather the song and the movie represented hope and optimism for better times to come.

This was Crosby’s first independent production jointly with Emanuel Cohen’s Major Pictures and he had a share in the profits. The film was distributed by Columbia Pictures. The movie was Bing’s most dramatic effort to date. In the film, Bing plays a sort of roving vagabond. The opening scene in the movie, find Bing incarcerated (not sure why), and he was visited by a fellow inmate going to the electric chair for a murder he committed. For a man on death row, the warden and guards are pretty relaxed on how they are treating this murderer. Anyways, he hands Bing a letter to deliver, and being a man of his word, Bing promises to deliver the letter. 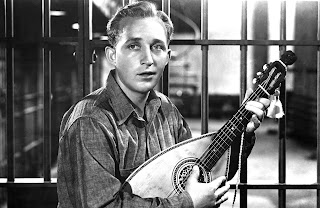 The letter is for the family of the man that convict murdered. The only family left is the murdered man’s daughter (Edith Fellows) and her grandfather (Donald Meeks). To make up for killing a man, the death row inmate gave the family keys to his rundown hideout. Being that the daughter and grandfather are pretty much homeless they decide to move into the house of the man that murdered their father/son. Bing wants to cut out as soon as he delivers the letter, but he gets involved in the life of the daughter and grandfather and the social worker (Madge Evans) that tries to make sure the daughter is cared for.

Of course, the star of the film is Bing; whose singing makes one forgets that he basically plays a hobo in this film! The great scene stealer in the film though was child star Edith Fellows. A noted child star of the 1930s, she later had a long second career on stage and television. Abandoned at age two months she was raised by her grandmother, initially in Charlotte, North Carolina, and pushed into show business early. She appeared with many of the greats of the 1930s like Bing, WC. Fields, and Tony Martin, but by the 1950s, stage fright had consumed her. She retired to roles in television and movies in the 1970s. However, seeing Edith in 1936’s Pennies From Heaven, you would never imagine she would have problems in life. Bing starred with many child stars through the years, but the relationship and chemistry between Bing and Edith Fellows was by far the most believable. 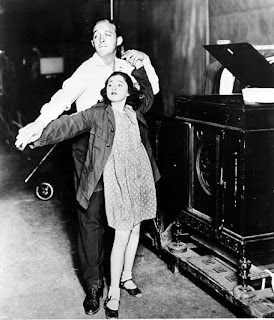 The whole cast of Pennies From Heaven was strong. Bing fought for his idol Louis Armstrong to have a role in the movie, and more than the normal stereotypical roles that African-Americans had to take in Hollywood in the 1930s. Although this was not the first time that a black performer was given prominent billing in a major Hollywood release (Paul Robeson had been billed fourth in that same year's Show Boat), special billing was given to Armstrong at the insistence of Bing Crosby, who also insisted on Armstrong's being hired for the movie. Rounding out the cast was the beautiful Madge Evans as the uptight social worker. It seems like that was the love story aspect of all Bing’s early films: laidback crooner falls for uptight socialite. Donald Meeks as the grandfather was perfectly cast. Meeks never made a bad appearance in a movie, and he appeared in over 100 films! TO BE CONTINUED... 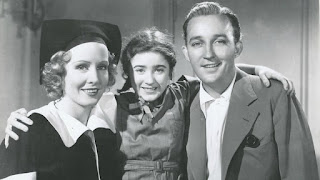