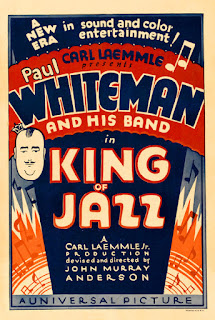 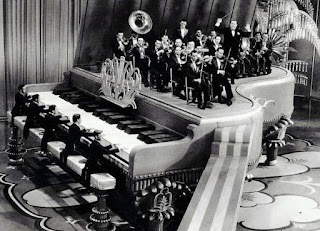 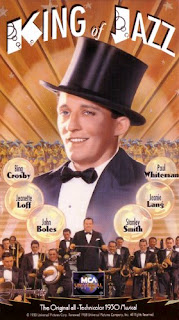 Posted by David Lobosco at 6:46 PM No comments: 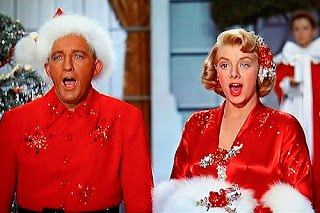 This interesting story was originally published in 1995...

When Rosemary Clooney sang seasonal standards like "Let It Snow" and "I'll Be Home For Christmas" in her recent show at Feinstein's at the Regency Hotel here, it brought back happy memories of her in the classic 1954 movie "White Christmas." But her flawless rendition of the more sentimental "Count Your Blessings," which she sang with costar Bing Crosby in the film, is the heart and soul of her Christmas show (to be repeated in Salt Lake City and Los Angeles later this month) and her amazing career.

In an interview, the internationally famous star, who celebrated her 50th year singing professionally in 1995, called family her biggest blessing. "I'm so grateful for my family. My children. My 10 grandchildren and my husband, Dante. He's the love of my life," Ms. Clooney said. "But I've never quite forgiven Dante because he chose to be in the movie 'Seven Brides for Seven Brothers' over 'White Christmas,' " Ms. Clooney joked. "He has on occasion sung with me in nightclub acts, but he would prefer to sing by himself because he likes to sing all of his songs in Italian!" 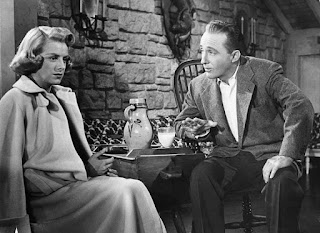 Ms. Clooney and Mr. DiPaolo, a former dancer and singer, married three years ago after having been close friends for more than 20 years. Ms. Clooney was first married to the late stage and screen star José Ferrer, with whom she had five children. "I'll never forget one Christmas when Joe [Mr. Ferrer] was doing a play on Broadway. We had a suite at The Plaza; a Christmas tree from FAO Schwartz; a live tree that they had decorated. It was one of the nicest Christmases I ever had," she reminisces.

Ms. Clooney's career started when she sang duets with her sister Betty for WLW Radio in Cincinnati in 1945. Two years later, "The Clooney Sisters," as they were billed, made their debut at the famed Steel Pier in Atlantic City, N.J. Ms. Clooney became a star when she recorded her first single, "Come On-a My House" in 1951, and it became a huge hit.

Ms. Clooney, who sees her better-known nephew, TV and movie star George Clooney, at family gatherings ("he's very close to my oldest son," she said), applauds him for pursuing his career so vigorously even though it seems to have been at the expense of having a family. 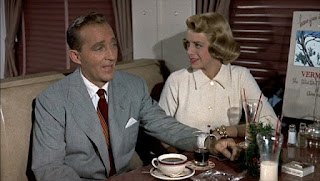 "Let me tell you, I know that this is a time to focus on career, when you're young," Ms. Clooney said. "In my own case, I had the more portable career. As a singer I could take my work under my hat so if Joe [Ferrer] was doing a picture in Europe, I could go, too, and be there with the kids."

Having recorded more than 20 albums and sung in some of the world's most famous nightclubs, Ms. Clooney is perhaps best known for costarring in "White Christmas" opposite Bing Crosby, Danny Kaye, and Vera-Ellen.

Ms. Clooney intersperses her live Christmas show with banter about and film clips from "White Christmas," much the same as on her recent DVD album about the movie. She says costar Kaye was a much better singer and actor than he was a dancer; she couldn't dance very well, either; and costar Vera-Ellen could dance but not sing, and her songs were dubbed. So it's little wonder why there were plenty of laughs from the audience at Feinstein's when she wryly concluded before showing a film clip: "So here you have a singer who can't dance and a dancer who can't sing!" 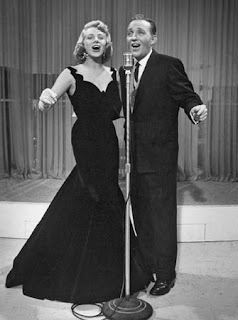 "I have never understood the whole plot of 'White Christmas,' " Ms. Clooney continued at her live show. "It has many plot turns, but there was one that took the cake. I got mad at Bing, and I go racing off to New York and get a job - just like that was the easiest thing in the world! And I'm singing in this very beautiful nightclub, and Bing comes down from Vermont to get me."

Asked why Ms. Clooney didn't marry Bing Crosby, a great friend and screen costar but someone with whom Ms. Clooney says she was never romantically involved in real life, Mr. DiPaolo, who never misses a live performance of Ms. Clooney's, said with a laugh, "She liked me better!" 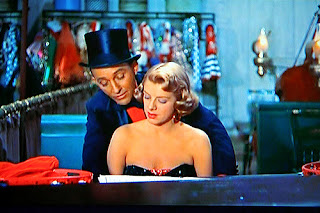 SOURCE
Posted by David Lobosco at 8:57 AM 2 comments:

BING AND A FRIENDSHIP TREE

Tis the season for Bing at the holidays! Here is an ad that I found in 1950, and it talks about Bing and his co-star from his movie Mr. Music, decorating a friendship tree. Cute idea! 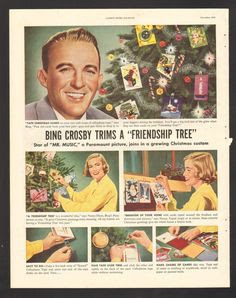 Posted by David Lobosco at 8:44 AM No comments:

A TRIP DOWN MEMORY LANE - EPISODE 2

Here is episode two of my You Tube series. This time around we take a look at my five favorite female singers - enjoy!

Posted by David Lobosco at 4:05 AM No comments: