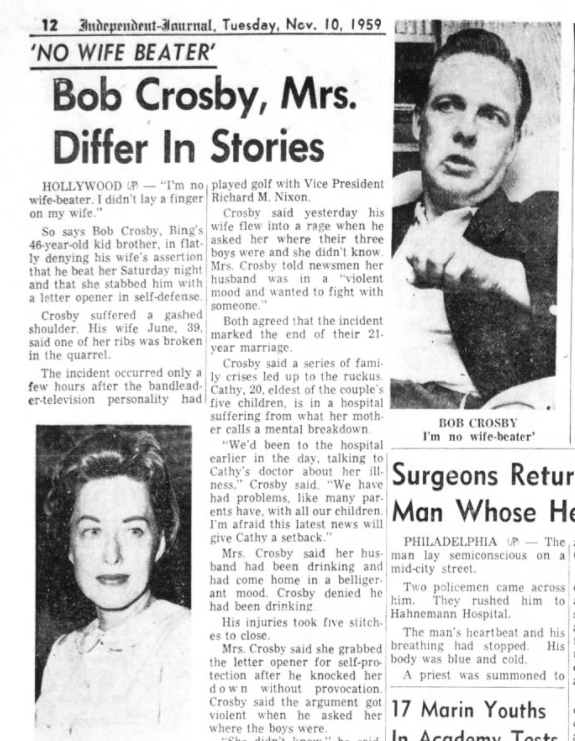 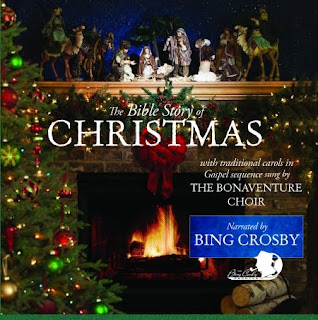 Sometime in 1955, Omer Westendorf (founder of World Library of Sacred Music) wrote to several famous Catholics to find a narrator for a recording project. Among those names were Loretta Young, Bishop Fulton J. Sheen, Rocky Marciano, and Bing Crosby. Bishop Sheen replied that he was too busy, and there were no replies from Ms. Young and Mr. Marciano. Bing Crosby made inquiries about World Library of Sacred Music through the Los Angeles Chancery Office. He made no formal reply and just sent a tape of the narration. Bing made the recording on August 6, 1956, and sent it to Omer Westendorf in Cincinnati. Where the narration was recorded is unknown.

The organ background was provided by Betty Zins Reiber, a longtime editor at WLP. According to Bing Enterprises/HLC Properties LLC, Bing donated his services and did not accept any payment. The music on the album was arranged by Han Van Koert (1913–1976). The complete score of the album was published by WLP in 1958.The recording of Bing Crosby reading the Gospel of Luke 2:4 has not been used in any other project and is exclusive to World Library Publications.

“It’s truly a wonderful thing to have an American icon in your vault, and after all this time we get to share it with the world. Bing Crosby and Christmas have always been synonymous.”
—Ron Rendek, Senior Music Editor, World Library Publications

“At the time the recording of the carols was taking place, Omer, the choir, and all involved in the project were honored that Bing Crosby had accepted Omer's invitation to narrate the Christmas gospel between the carols. I am delighted to hear that the recording is being re-issued so that it will be made available to a new audience.”
—Betty Zins Reiber, accompanist for the Bonaventure Choir

“When my Dad bought World Library Publications in 1972, he knew he was getting the best in church music, but I don’t think he realized this gem between Omer Westendorf and Bing Crosby! We are excited to celebrate sixty years of Omer’s vision and to share this treasure of his work with Bing Crosby.”
—Mary Lou Paluch Rafferty, Owner and Publisher of J.S. Paluch Company/World Library Publications 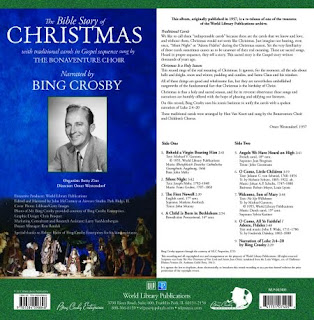 Available on CD and LP.

AUDIO ASPIRIN: SOMETHING SORT OF GRANDISH