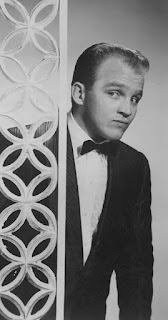 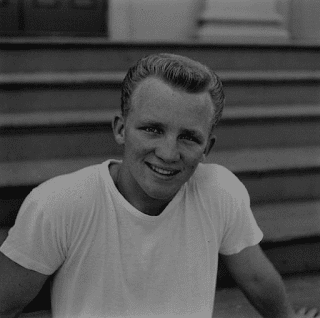 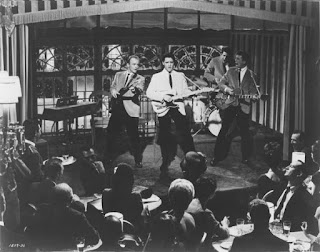 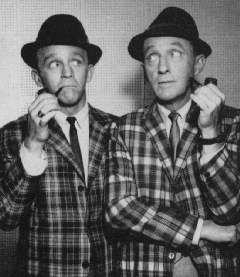 Posted by David Lobosco at 6:10 AM No comments:

Here is a guest writer to this blog. ModernBingFan0377 makes some great points on keeping Bing's memory alive... 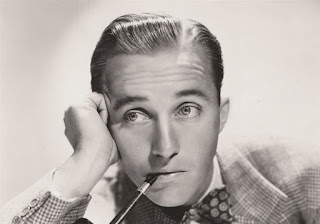 The first exposure to Der Bingle was when I was 2, Disney had separated some of their half hour shorts from the 40s on VHS. I had 'Mickey and the Beanstalk', but the trailers before the main program showed clips from the others including 'The Legend Of Sleepy Hollow'. I was entertained by the Ichabod song and wanted to watch it, but alas I never did. A few years later I was helping my mother put up Christmas decorations, and we had on a TV that played Christmas music, and Bing's 'Frosty the Snowman' came up. I remember initially judging it as I loved Jimmy Durante's version of 'Frosty'. I would encounter his Christmas music from time to time after that and watched Holiday Inn and White Christmas with my family. 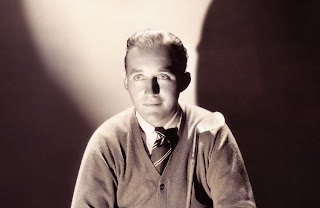 About 10 years after hearing him sing 'Frosty', as a Christmas fanatic, I decided to find a few free Christmas albums on Amazon Prime music, and I greatly enjoyed what I heard. Around this same time my parents and I were trying to find music I liked besides Christmas music. I didn't like modern stuff or Elvis, I tried Frank Sinatra and he just didn't grab my attention. I grew to like some of Frank's Christmas outings as well as Bing's, so a picked up 2 Christmas CDs of theirs. A Laserlight mostly radio CD of Bing, and a Columbia Christmas Compilation for Frank. Another year went by and I got a few more CDs, mainly of Bing, The Complete Decca Christmas Songbook and the Christmas TV Specials, Volume 2 of the the Television Specials. At the time I didn't realize I was buying duplicates. I listened to the CDs and decided to look for some non-Christmas outings by Bing, and enjoyed them. I then bought a import 2CD set from Amazon called 'The Very Best Of Bing Crosby' and loved it. Later on that spring I decided to buy my first load of regular Crosby stuff (not counting the 2CD set mentioned), ordering multiple records and the His Legendary Years set. From then on I was a set-in-stone Crosby fan.

To help keep his legacy alive I've introduced him to many of my friends both at school and online. This has made a few more people Crosby fans. One tip I will give is to, if you have children, have your children, if they like Crosby, tell their friends about him. I know I was glad to find his music... 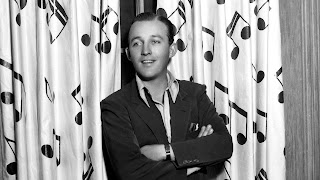 Posted by David Lobosco at 6:59 AM No comments:

To celebrate what would have been Bing Crosby's 117th birthday on May 3, 2020 - we are doing seven days of audio aspirins! From May 1st to May 7th we will be playing a recording of Bing and remembering what a wonderful singer he was. The songs will be from movies, radio, and records. So please feel free to leave comments and come join the birthday party! 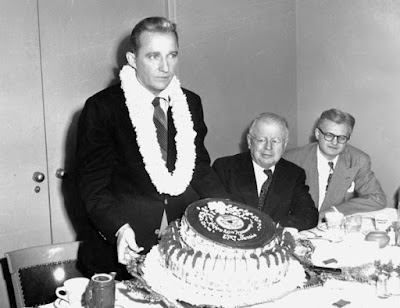 A new excellent two CD set will be coming out in May from Sepia records called "Bing Crosby - Philco Radio Time". From the Philco Radio Time series starring Bing Crosby broadcast between 1946 & 1949 this 2CD set picks up Bing's cover versions of the hits of the day. It's a historical archive of those immediate post-war years and demonstrates Bing's versatility with all kinds of songs as he duets with Ezio Pinza, Al Jolson, Burl Ives, Dick Powell, Peggy Lee, Rhonda Fleming, Dorothy Kirsten.. 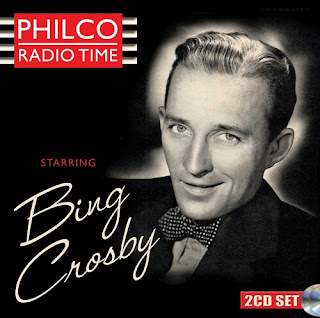 CD1:
Five Minutes More
Timber
In The Evening By The Moonlight
You Are My Sunshine
If You Were The Only Girl In The World
La Borrachita
(I Love You) For Sentimental Reasons
The Anniversary Song
Among My Souvenirs
Guilty
Country Style
Linda
How Are Things In Glocca Morra?
Time After Time
Mam'selle
Peg O' My Heart
Feudin', Fightin' And Fussin'
That's My Desire
I Wonder, I Wonder, I Wonder
I Wonder Who's Kissing Her Now?
Almost Like Being In Love
Sweet Betsy From Pike
Clementine
Just An Old Love Of Mine
You Do
I Still Get Jealous
With A Hey! And A Hi! And A Ho! Ho! Ho!
The Best Things In Life Are Free
I Only Have Eyes For You
With Plenty Of Money And You
You Must Have Been A Beautiful Baby
Jeepers Creepers
Shuffle Off To Buffalo
Thanks A Million
How Lucky You Are
Love Is So Terrific
Hooray For Love 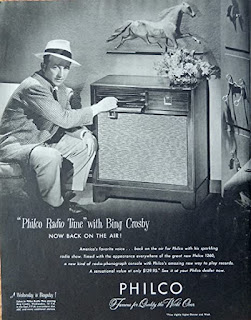 CD2:
I May Be Wrong
Blue Shadows On The Trail
Baby Face
Nature Boy
You're Too Dangerous, Cherie
My Happiness
A Tree In the Meadow
Rambling Rose
Something To Remember You By
Hair Of Gold, Eyes Of Blue
Cuanta La Gusta
My Darling, My Darling
The Missouri Waltz
I've Got My Love To Keep Me Warm
So In Love
Sunflower
You Was
Once In Love With Amy
While The Angelus Was Ringing
Down The Old Ox Road
Cruising Down The River
Riders In The Sky
Blue Hawaii
Careless Hands
When Is Sometime
Again
Buttons And Bows
It's Magic
So Dear To My Heart
I Got Lucky In The Rain
Far Away Places
So Tired
Powder Your Face With Sunshine
Some Enchanted Evening 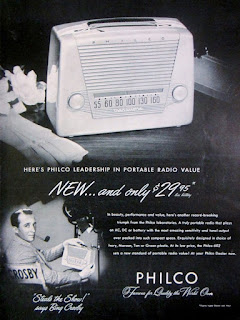 THE ETHNICITY OF BING 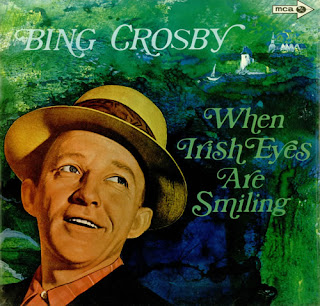 Bing Crosby was an American singer and actor. He won the Academy Award for Best Actor for Going My Way (1944).

His father, Harry Lillis/Lincoln/Lowe Crosby, was of English descent and his mother, Catherine Helen (Harrigan), was of Irish descent. Bing was raised Catholic.

Bing’s patrilineal line can be traced to Anthony Crosby, who was born, c. 1545, in Holme-on-Spalding-Moor, Yorkshire, England.

Bing’s maternal grandmother was Catherine Ahearn/A’Hearn (the daughter of John Ahearn and Ann Meighan). Catherine was born in New Brunswick, to Irish parents... 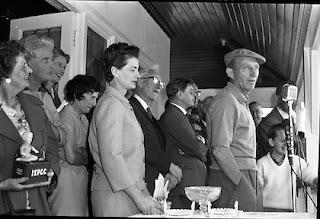 SOURCE
Posted by David Lobosco at 5:37 AM No comments: