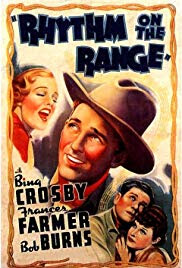 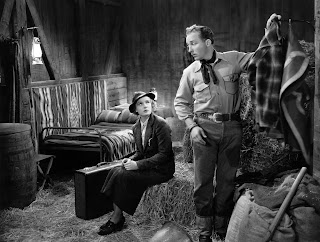 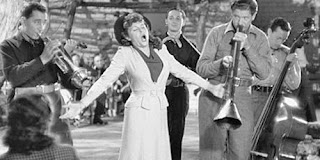 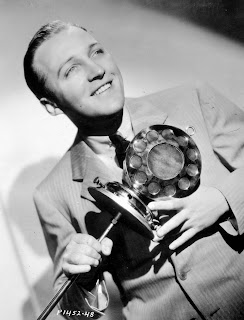 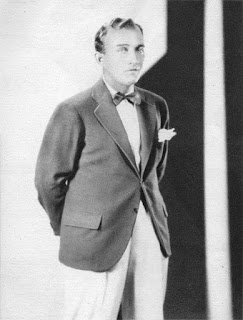 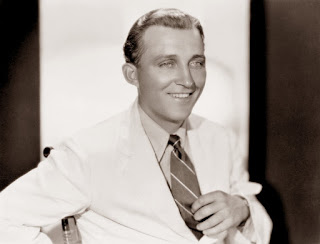 Posted by David Lobosco at 10:20 AM No comments:

PHOTOS OF THE DAY: BING AND HIS TELEVISION FRIENDS

Bing Crosby started out in radio and movies, but when television became the most popular entertainment medium in the 1950s, Bing dabbled on it quite often. He had the opportunity to work with a lot of great people on television, and here he is with some of his television friends... 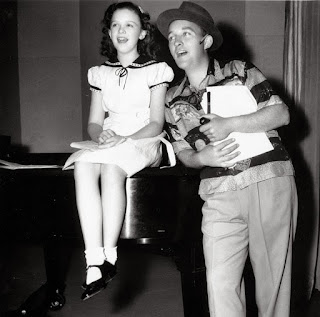 Child actress Gloria Jean passed away on September 1, 2018.She was an American actress and singer who starred or co-starred in 26 feature films between 1939 and 1959, as well as making numerous radio, television, stage, and nightclub appearances.

After moving to Scranton, Pennsylvania, Gloria Jean sang on radio with Paul Whiteman's band. When she was 12, "she was engaged by a smallish New York opera company and became the youngest member of an opera troupe in the United States." Gloria Jean was being trained as a coloratura soprano, when her voice teacher, Leah Russel, took her to an audition held by Universal Pictures movie producer Joe Pasternak in 1938. Pasternak had guided Deanna Durbin to stardom, and with Durbin now advancing to ingénue roles, Pasternak wanted a younger singer to make the same kind of musicals. Up against hundreds of others, Gloria Jean won the audition.

Under contract to Universal, she was given the leading role in the feature The Under-Pup (1939) and became instantly popular with moviegoers. Universal's publicity department initially claimed the singer was 11 years old instead of 13; her actual age was not well known for many decades. For her next two vehicles, she co-starred with Bing Crosby in If I Had My Way (1940) and starred in the well-received A Little Bit of Heaven (also 1940), which reunited her with many from the Under-Pup cast. Her best-known picture is her fourth, Never Give a Sucker an Even Break (1941), in which she co-starred with W. C. Fields. 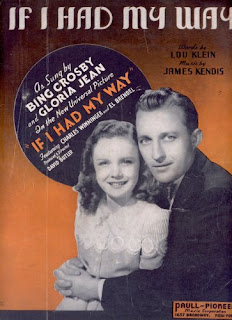 Gloria Jean made a successful transition to young adult roles. Her dramatic tour de force, as a blind girl being menaced by an escaped killer, was filmed as one of four vignettes for Julien Duvivier's Flesh and Fantasy(1943). Her performance won raves at the film's advance preview, and her segment was the best-received of the four. However, Universal removed the half-hour sequence and shelved it until 1944, when it was expanded into a feature-length melodrama, Destiny. She co-starred with Olsen and Johnson in the big-budget Ghost Catchers (1944), and in her last two Universal features, released in 1945, she was teamed with singer-actor Kirby Grant.

She resumed her movie career as a freelance performer appearing in United Artists, Columbia Pictures, and Allied Artists productions, the best-known being Copacabana (1947) with Groucho Marx. Some stage and television work followed in the 1950s and 1960s, as well as four feature films. Wonder Valley (1953), produced on location in Arkansas, was Gloria Jean's first color movie and is now a lost film. Her next feature was Air Strike (1955), a minor military drama. 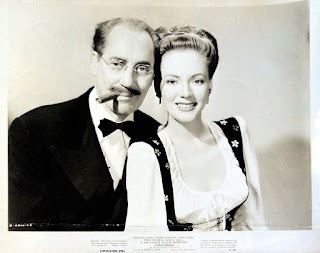 After Air Strike Gloria Jean was hired by the owner of the Tahitian restaurant in Studio City, California, as a hostess, greeting and seating dinner guests. She enjoyed the experience and occasionally ran the restaurant in her employer's absence. Show-business patrons were surprised that a film star was now involved in restaurant work, resulting in sympathetic feature stories in the national press. Veteran Hollywood producer Edward Finney, himself a Gloria Jean fan, saw one of these reports and hired her to star in the lightweight comedy Laffing Time (filmed in 1959, re-released as The Madcaps in 1964). Jerry Lewis also read that Gloria Jean was working in a restaurant, and signed her for a singing role in his latest production, The Ladies Man (1961).Lewis removed almost all of her footage from the finished film; she appears only as an extra and has no dialogue. It was her last theatrical motion picture.

After her retirement from Redken, Gloria Jean lived in California with her sister, Bonnie. After Bonnie died in 2007, she moved to Hawaii, where lived with her son and his family. Very late in life she suffered health problems, including two serious falls that slowed her mobility, and an impaired heart condition. She died of heart failure and pneumonia in 2018.

Her authorized biography, Gloria Jean: A Little Bit of Heaven, was published in 2005. A tribute website, GloriaJeanSings.com, followed, again with Gloria Jean's cooperation. Her Internet presence includes a series of videos showing the actress as she appeared in recent years... 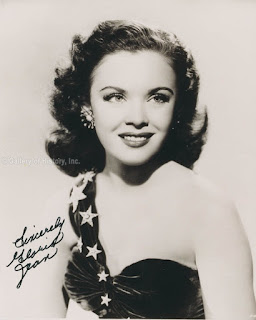 Posted by David Lobosco at 1:05 PM No comments: